Ibrahim, Aarav, and that group of youngsters want 6-packs and become stars: Saif

The actor reveals that it is a bit disturbing for him to see their acting ambitions since not everyone makes it. 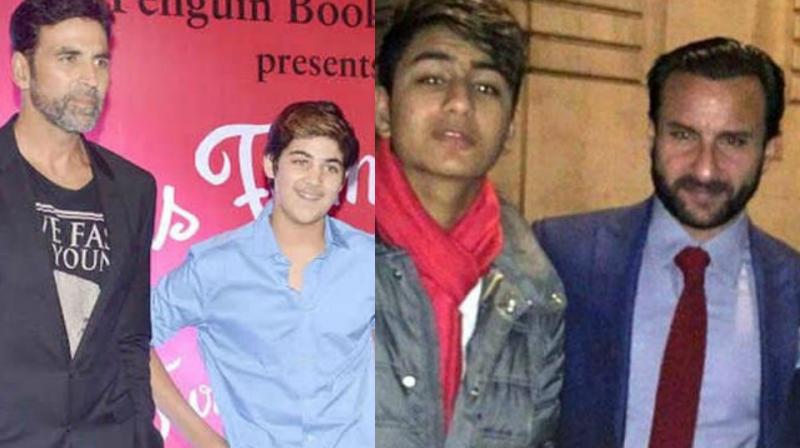 Mumbai: Saif Ali Khan's films 'Chef' and 'Rangoon' failed at the box office and he was a part of several controversies due to the word 'nepotism' last year.

The actor had to apologise for the ‘Nepotism rocks’ combined joke along with Karan Johar and Varun Dhawan, while Kangana Ranaut slammed him for talking about ‘eugenics’ in his open letter about nepotism.

Nevertheless, talking about his family members all being a part of the film fraternity, Saif told DNA, “It’s really nice. Amma (Sharmila Tagore) works even now. She has a lot of energy and wants to move around all the time (Mansoor Ali Khan Pataudi). I’m more like my father. I’m happy to read a book on some afternoons. Bebo (Kareena Kapoor Khan), Soha and Kunal (Kemmu) have their careers going. Now, we have Sara joining in.”

Sara will be debuting opposite Sushant Singh Rajput in ‘Kedarnath’, and the actor has now stated that his son Ibrahim also harbours acting ambitions.

When asked whether he intends to become an actor, he said, “Yes. Ibrahim, Aarav (Akshay Kumar’s son) and that group of youngsters want six packs and aspire to be Bollywood stars. I don’t know if anyone wants to be an actor. It is kind of disturbing because not everyone makes it. But then what the heck?  Talking of being a star, my wife points out that till a few years ago, even I didn’t want to be an actor, I wanted to be a star (laughs).”

Ibrahim often makes news for his good looks like his father and being a part of the star kids’ brigade on social media, a debut seems inevitable.