Zareen Khan ventured into dark films after being launched in ‘Veer’ opposite Salman Khan. 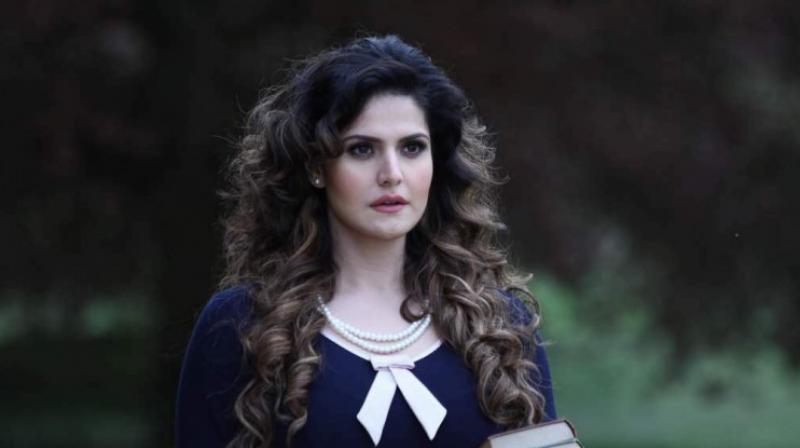 Mumbai: With films like ‘Hate Story 3’, ‘Aksar 2’, Zareen Khan ventured into dark films after being launched in a period drama ‘Veer’ opposite Salman Khan in 2010. Later she tried her hands in comedy with 'Housefull 2' but saw a lull phase post that. Zareen is back with Vikram Bhatt’s horror flick ‘1921’. In a candid chat with Asian Age, Zareen talks about her film, working with Karan Kundra, horror genre dying in Bollywood and much more. Excerpts:

We have already seen the entire movie and it looks great. It was amazing to shoot this film. We shot for two months in UK at a stretch. In spite of shooting a horror, the atmosphere on the sets was so good that two months passed in a blink of an eye. I am very thankful to meet Vikram sir in this life since he has taught me so many things during the making of the film which is going to help me in my acting career. I met Karan Kundra during our film. He is a fun person. Just after we used to hear cut, everyone used to crack jokes the next moment. I am playing a ghost whisperer who can see spirits. It is primarily an intense love story between me and Karan Kundra.

Do you feel horror genre is dying in Bollywood?

I wouldn’t say it is dying but I feel that not many people in Bollywood make horror films. I believe a lot of people like to see horror films in our country. In fact, there is a huge audience for horror shows on television. I am happy that I am part of a horror film like '1921'. I took this film as a challenge since I get scare when I see horror films. I have been a fan of Vikram Bhatt sir since school days. I am so happy that I got an opportunity to be a part of his film.

Also do you feel that Hindi films lack sensibilities of making a horror film?

A person who is making a horror film should have some understanding about the genre. One cannot make something. Vikram sir is someone who himself had read about it so much. He understand spirits quite well since he had studied psychic sciences. This is the reason that when he makes a horror movie it has logic behind every scene. This is when you manage to get audiences to the theatres. I feel Vikram sir is one of the best directors we have in country today.

Are you disappointed with the failure of 'Aksar 2'?

No, it’s fine. Success and failure are part and parcel of life. Good or bad movies happen. I would just take it as a learning experience but now I am looking forward to '1921' which looks great.

Is it your conscious effort to do dark and intense films lately?

I don’t want to be in darkness, I am too scared! It has never been my conscious effort. These films came my way since they were different hence I took it up. I felt these films will help me in exploring my acting abilities. I am waiting to do a light-hearted character. I would definitely try my hand in comedy. People around always tell me that I am very funny. I am doing another film with Vikram sir which is a romantic film.