Kahaani 2 was worth it, says Arjun Rampal

Arjun was shooting for a completely antithetical film when he agreed to Kahaani 2. 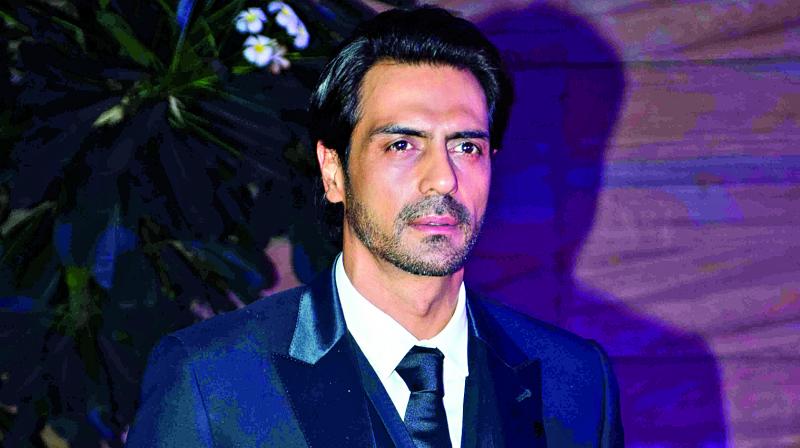 Arjun Rampal, who turned 44 last week, is a worried man. After his last release Rock On 2 faced demonetisation woes, he’s nervous about his next release. “Kahaani 2 is also bound to face the brunt of demonetisation,” he says.

Arjun and Sujoy Ghosh had been planning to work together for the longest time. “The two of us were supposed to do a film together, but it was an expensive project. And no producer is willing to put in that kind of money on us. So we waited for the right time to work together. When Sujoy approached Arjun with a role in Kahaani 2, the actor asked him to send the script over. “I didn’t want Sujoy to come over and narrate the script personally, because if he did, I wouldn’t be able to say no to him. But he insisted on coming home. He was at my door in five minutes. After he narrated the script, I hugged him and said I was doing it; it was one of the best scripts I had heard,” explains Arjun.

The actor says that he isn’t the least daunted by the presence of Vidya Balan in the film. “I didn’t think of Kahaani 2 as her film or anyone’s film. If I did, I wouldn’t have done it. I loved my role and the way it takes the story forward. Sujoy is a wacky director. I could never tell what he has in mind,” he smiles.

Interestingly, Arjun was shooting for a completely antithetical film when he agreed to Kahaani 2. “I was in the midst of my own production, Daddy, where I play Arun Gawli, when I was offered the movie. In that I play a gangster, and here I play a cop. Normally, I wouldn’t have accepted such antithetical roles. In fact, I don’t do two films at the same time. But I really wanted to do Kahaani 2. So I took 30 days off from shooting for Daddy and believe me, it was really worth it. In one year, I got a chance to do three characters as challenging and diverse as Rock On 2, Kahaani 2 and Daddy.”

In Daddy, Arjun plays a real-life character for the first time. “I’ve never done a biographical character before. It’s challenging and fun. I don’t think I’ve ever taken the easy route in my career. It’s been 15 years now and I’ve constantly chosen complex roles. Yes, many a times I’ve stumbled while attempting something out of the box. I’ve done characters and films that nobody understood except me. But all the people I’ve played and the directors I’ve worked with have helped me grow,” he signs off.