It appeared Katrina should've been dressed without the jacket, and that jacket would enhance Shah Rukh Khan's look. 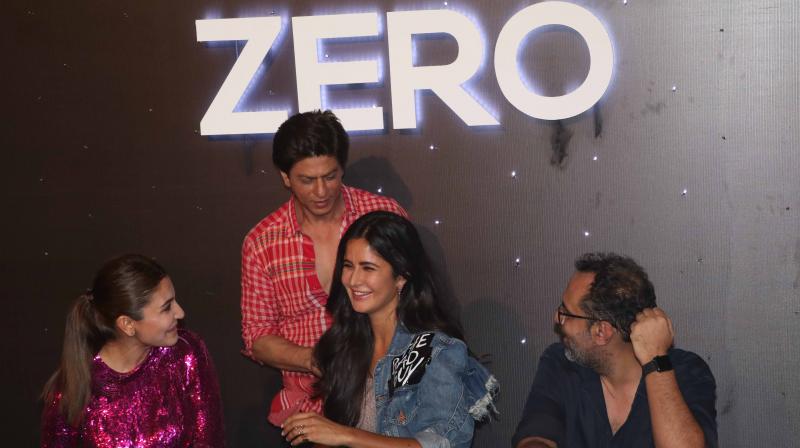 Amidst one such question, Shah Rukh got up and went towards Katrina, who was covered in a jacket.

He took off her jacket with the excuse ‘bahut thand lag rahi hai’ and we couldn’t be more thankful!

Katrina looked gorgeous in a silver dress, which she had covered with her jacket. It perfectly complimented the glamorous image she carries in the film and in real life too.

However what catches our attention is that the jacket mentions ‘The Bad Guy’, which is something that SRK flaunted right after he took the jacket. 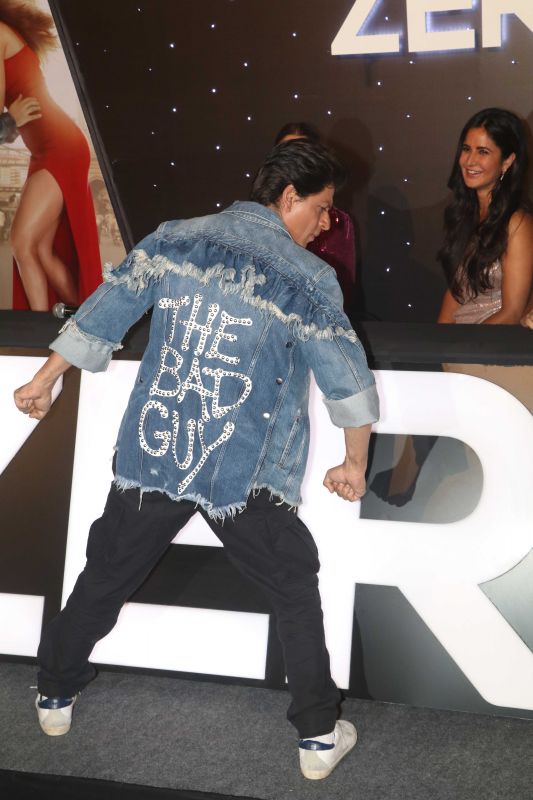 While most publications go on to report that Katrina Kaif lent her jacket to Shah Rukh Khan, we beg to differ, because King Khan owned the jacket and how!

Post this incident, it definitely appeared that Katrina was supposed to be dressed without the jacket, and Shah Rukh Khan would look even classier if he wore it throughout. That further makes us think, why was Katrina hiding her dress beneath a jacket? Was she feeling awkward about something?

We captured the cast entering the venue, and it barely looks like AC would be the reason that Katrina donned the jacket.

So what was the real reason? Was it wardrobe malfunction? Or just another day where she wanted to borrow one of SRK’s belongings?