Though it’s happening a day after the superstar’s actual birthday, the event promises to be the party of the season. 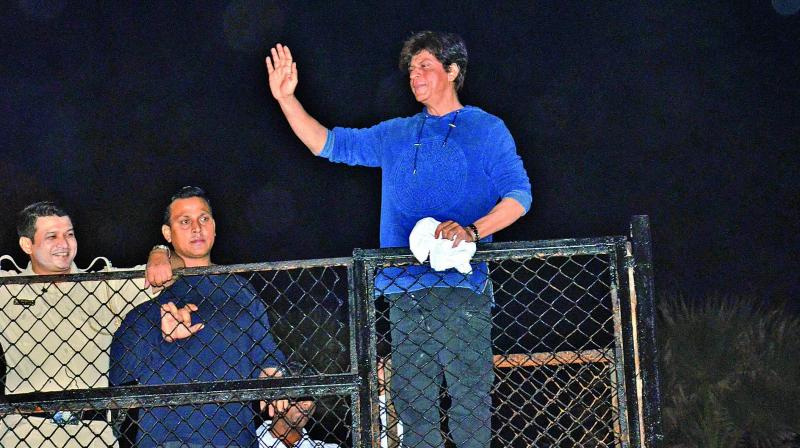 Bollywood’s King Khan turned 53 yesterday, and it’s an occasion worthy of a celebration. But instead of throwing a party on his birthday itself, Shah Rukh and Gauri Khan have decided to host a bash today.

Says a close friend of the actor, “There’s a mela at SRK’s residence, Mannat, on November 2. With so many fans and photographers hanging around, it’s difficult for his friends to feel comfortable. That’s why he has decided to postpone the party by a day.”

Apparently, Shah Rukh and his wife have been personally calling up each of their friends to invite them to what promises to be the party of the season. “There’s going to be a massive turn out,” the friend adds.

Meanwhile, another couple that’s busy calling friends and handing out invitations is Ranveer Singh and Deepika Padukone, who are all set to tie the knot on November 14 and 15, and then host a wedding reception on December 1.

SRK greeted a sea of fans gathered outside his house to wish him on his birthday. He took to instagram posting a collage of celebrations and captioned the picture, “Fed cake to wife...Met my family of fans outside Mannat...now playing Mono Deal with my lil girl gang! Having a Happy Birthday. Thank u all...for this amazing love. (sic)”