SRK revealed many interesting details, one of them being that Salman Khan gave him confidence to take up Zero. 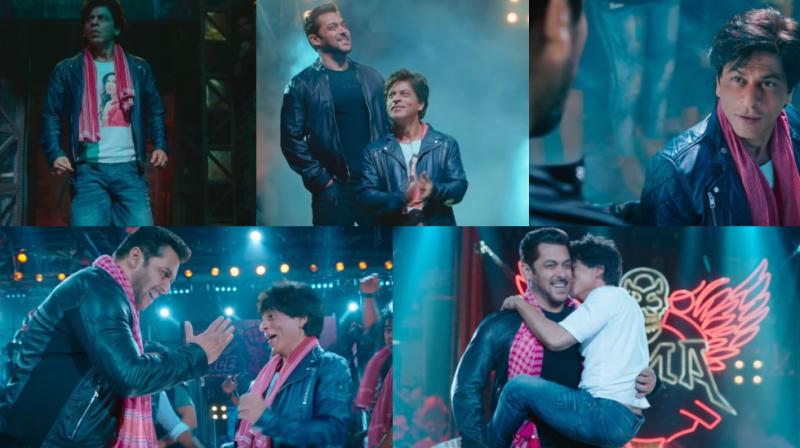 The trailer of Zero was unveiled in a grand launch on Friday. The occasion also marked Shah Rukh Khan, the lead actor of the film’s birthday.

At the launch of this one, SRK ended up revealing many interesting details, one of them being that Salman Khan gave the superstar confidence to take up Zero.

When asked about him being aware that direrctor Aanand L Rai offered the role to many, SRK contradicted saying, "It's not true that he (Aanand L Rai) asked a lot of people," further adding, "Salman had actually called me and said, 'there's this film, do it.' The reason he came and did that song was because of this. He wanted to be a part of the film."

"Salman is a wonderful human being. For him to remember that a year later or months later when the film was actually being told to Katrina to come back and say 'I want to be a part of this film because I've heard this film.' It was very dignified, decent of him," he added.

Directed by Aanand L Rai, Zero will see Shah Rukh play the role of a vertically-challenged person in the film. Also starring Anushka Sharma and Katrina Kaif, the movie is set to release on December 21.