Apparently, Lake Como in Italy where the Ambanis’ daughter Isha got engaged last week is also being considered. 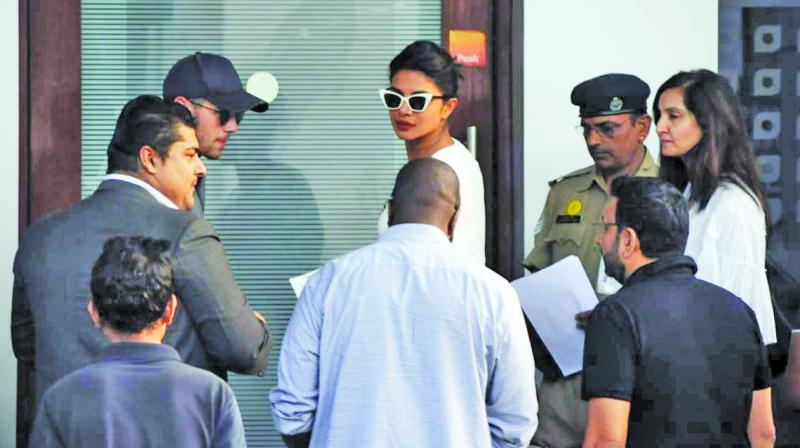 The couple leaves for Jodhpur

On Tuesday afternoon, Priyanka Chopra and her beau Nick Jonas landed in Jodhpur as fans jostled to get a glimpse of the golden couple.

Sources close to the Chopras reveal that the couple is in the golden city as a part of the recce to their wedding.

“They haven’t decided to marry in Jodhpur, so please don’t jump the gun. Yes, Jodhpur could be a venue. So many Bollywood and Hollywood personalities have had their wedding there.  The couple is in the beautiful Rajasthani town to see if it is a suitable venue,” says the source.

Apparently, Lake Como in Italy where the Ambanis’ daughter Isha got engaged last week is also being considered. “But Priyanka prefers an Indian venue. Marrying abroad instantly brings criticism from her countrymen,” says the source adding that the couple isn’t considering a small wedding.

A director with whom Priyanka has worked closely reveals, “She always said she wants a big wedding whenever it happens, where everyone she knows will be invited. So unless she has changed her mind because of Nick, she will have a lavish wedding with hundreds of guests.”