The audience will get to witness them in the same frame at their candid best as both will be seen sharing their few secrets. 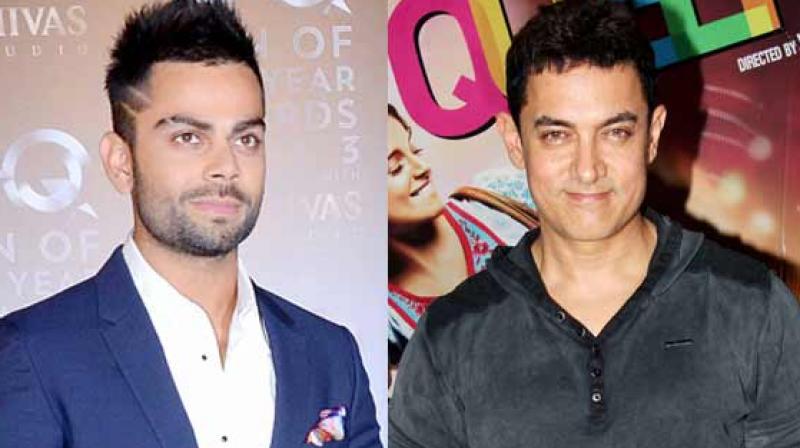 New Delhi: History will be created on television as two of India's biggest icons will come together for a candid free-flowing conversation for a Diwali special.

For the first time ever, the audience will get to witness Aamir Khan and Virat Kohli in the same frame at their candid best as both will be seen sharing their few secrets.

Aamir and Virat are both bigwigs in their own fields. Virat Kohli is known to be media shy, hence it is going to be intriguing to get a window into his life. On the other hand, Aamir Khan's quick wit has always enchanted the audience. Thereby a chat show between the two is going to be a must watch for all.

Aamir Khan, who is in middle of promoting 'Secret Superstar', is flying down especially for one day from Singapore to shoot this special chat show on October 3.

The actor will leave on 3rd night itself to resume promotions of the movie. Aamir will be flying in from Singapore on 3rd morning and will fly to another country the same night.

The channel network airing this Diwali special has big plans in place for the promotions. The show is being planned as a mega show and in order to harp on this unique opportunity, the channel network is set to make a roadblock across various channels.

When contacted, Spokesperson of the film confirmed the news.

Produced by Aamir Khan, Kiran Rao under the banner name of Aamir Khan Productions, Zee Studios, and Akash Chawla, Secret Superstar is written and directed by Advait Chandan. The film is slated to release on October 19.