Ever since she recorded two songs for Himesh Reshammiya, he seems to have fallen in love with her divine voice. 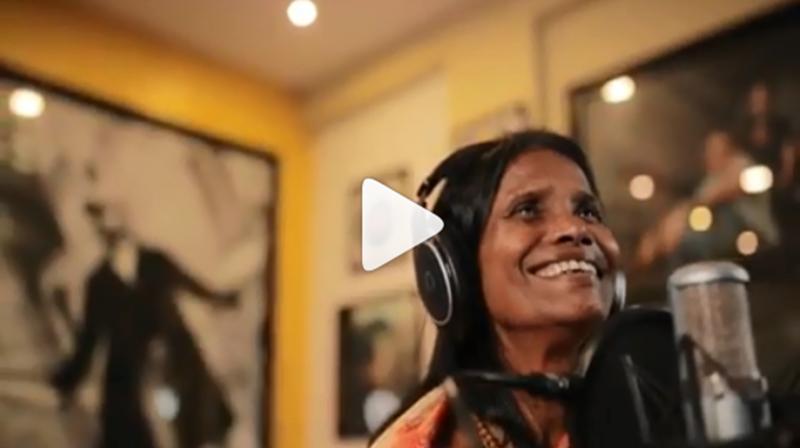 Mumbai: Internet sensation and singer Ranu Mondal is right now on the success ride. Ever since she recorded two songs for Himesh Reshammiya, the music composer-singer seems to have fallen in love with her divine voice.

After recording Teri Meri Kahani and Aadat for his next, Happy Hardy and Heer, Himesh has now recorded Ranu Mondal's third song which is a reprised version of famous 36 China Town's 'Aashiqui Mein Teri'.

Reshammiya shared a short clip of Ranu recording her third song alongside him. He wrote, "Production of the song is in progress, this is just a scratch, thank you, dear people, of the globe, for bringing this unadulterated smile on Ranu ji s face, her versatility and confidence is growing with each song. The recreation of Aashiqui Mein Teri from happy hardy and heer is a proof. Lots of love, wishing all of you a very Happy Ganesh Chaturthi."

The video has now got viral on social media and fans are now waiting to hear the Aashiqui Mein Teri reprised version. Notably, Ranu's viral video of the song 'Ek Pyaar Ka Nagma Hai' had created waves on the internet.