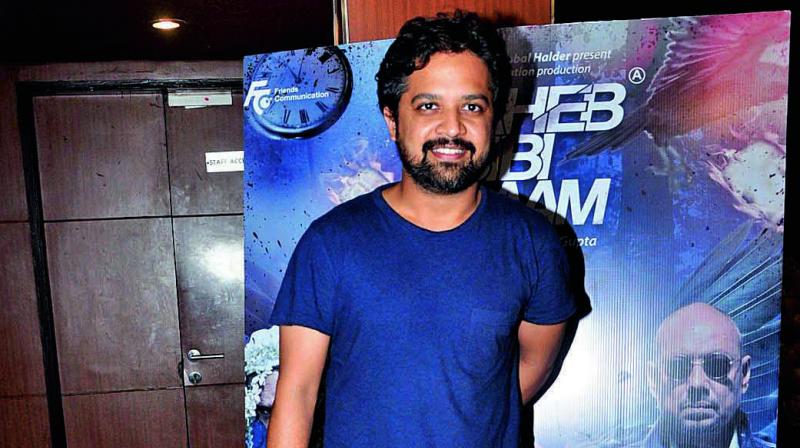 Anand, who has worked with Meghana in Chhapaak, has learned an important lesson from the talented director

Actor Anand Tiwari has given some of the most memorable performances in critically acclaimed films such as Slumdog Millionaire, Go Goa Gone, Udaan, Finding Fanny, and his latest film Chhapaak with Deepika Padukone.

The actor has now stepped out of the limelight and made his way to the director’s seat with musical drama web-series Bandish Bandits.

Sharing his craving for learning, and his fondness for some filmmakers, Anand says, “For the last few years, I have been working with directors I can workshop with. I am fond of directors Homi Adajania and Meghana Gulzar. I meet them as directors while I interact as a fan of theirs. I always spend a day on their sets, improving my directorial skills.”

Anand, who has worked with Meghana in Chhapaak, has learned an important lesson from the talented director. “From Meghana, I have surely learned one thing that we need to be kind and sensitive human beings. This trait has to be within a director even before he starts telling stories as it helps him in storytelling.”

Bandish Bandits is an upcoming web-series set in the backdrop of Jodhpur. The series follows a love story of Radhe, who comes from a musical gharana from Jodhpur, and Tamanna, who comes from the pop music industry from Mumbai.

Delving about directing the musical saga, Anand gushes, “Directing Bandish Bandits was an absolute joy. I got a chance to associate with Indian classical music. I got to create drama as well. Storytelling is something I always wanted to do, so I am enjoying doing that.”

Although, Anand reminds us that this does not mean he is taking a break from acting.

“I have not taken a break from acting. I am involved in doing advertisements and theatre as well. This will go forward after the lockdown is relaxed,” he concludes.