No one but me for Mogul, says Akshay Kumar

The actor who opted out of the project earlier this year still believes he’s the ideal choice for the lead role. 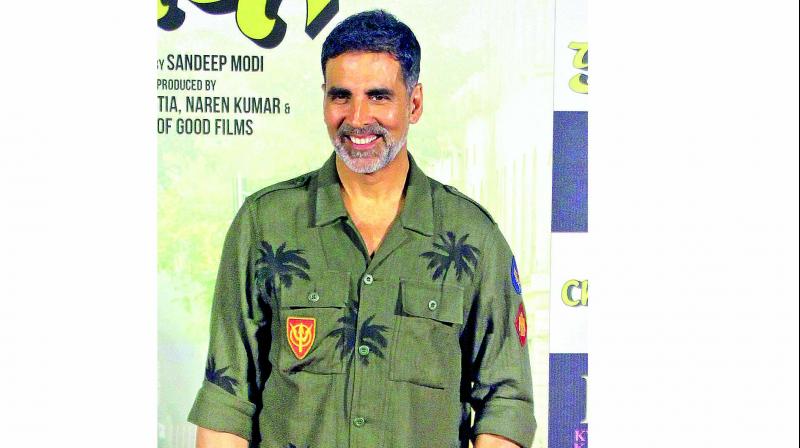 Ever since Akshay Kumar opted out of the Gulshan Kumar biopic Mogul earlier this year, the makers have been on the lookout for a suitable replacement. Rumour has it that the role has been offered to Ranbir Kapoor. But Akshay believes that there’s no one better suited than him to play the late music baron. “I do not think anyone besides me can play that role,” he says.

Meanwhile, Akshay is gearing up for the release of Gold, in which he plays the Indian hockey coach Tapan Das. The sports-enthusiast says that it should be made compulsory for everyone in the country to practice a sport. “Everyone needs to play at least one sport – whether it’s children, men, women, or old people. In some countries, it is compulsory, and you can see the result in their performance. For example, in Croatia, it is important for everyone to play a sport. If everyone in India follows suit, our health reports will improve,” he says.