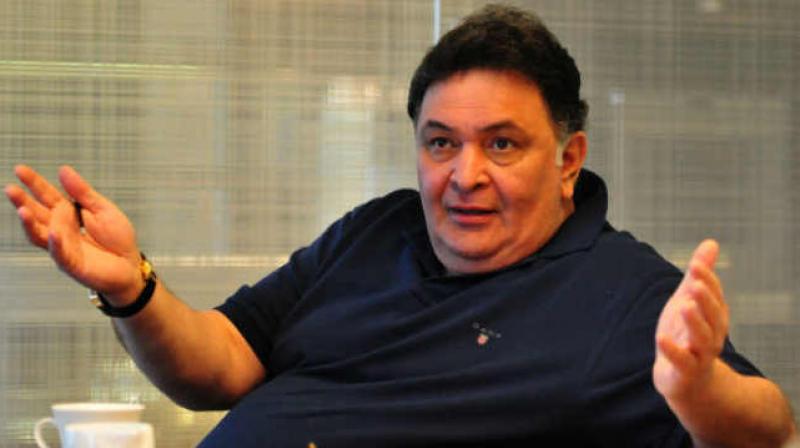 The plot of the film revolves around the story of a joint family.

Mumbai: Veteran actor Rishi Kapoor is really looking forward to his next film 'Mulk' as he is really excited to visit to shoot in Benaras and Lucknow as he has heard 'such great stories' about the cities.

Rishi, who will be visiting Benaras and Lucknow for filmmaker Anubhav Sinha's film 'Mulk' soon, said in an interview, "I have not done drama in a long time and when Anubhav narrated the film to me, I loved the concept of the film. Shooting in Benaras and Lucknow will be an added bonus since I have heard such great stories about the cities."

The film includes interesting ensemble of actors including Rishi Kapoor, Rajat Kapur, Prateik Babbar and Taapsee Pannu, a star cast that will be working with the ' Tum Bin' and 'Ra One' director for the very first time.

While talking about the story of the movie, Rajat Kapur reiterated, "I haven't come across a script in over 2 years that has creatively excited me after Kapoor and Sons. When I met Anubhav for the first time I was quite impressed with storytelling skills of Mulk and in fact I told him that this is will be a brand new challenge as this film is something he has never attempted in the past. It is a very unusual thriller that will make audiences sit up in their seats and take note."

Taapsee is looking forward to being a part of the film where she will get to play a 'gritty character'.

"I'm confident of this film to find place in the audience's heart as the content is very relevant. The best part of doing a social thriller is you get a chance to present a story that's been happening around all of us but no one really bothers to address it," noted the 'Naam Shabana' actress.

The plot of the film revolves around the story of a joint family who hails from a small town in India, who are out to reclaim their honour after being embroiled in a controversy.