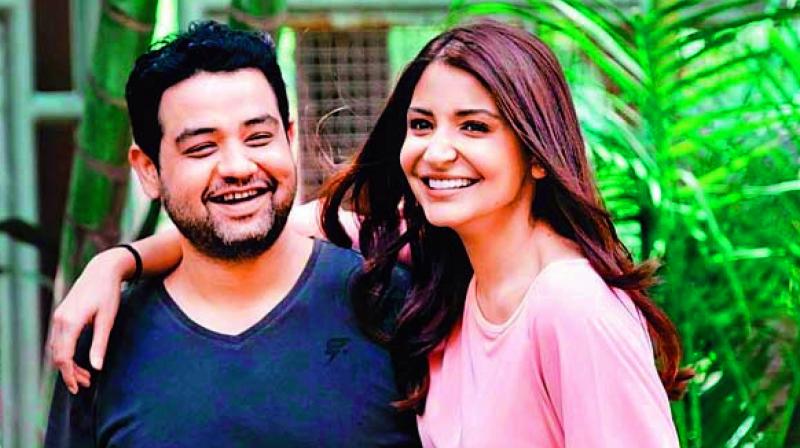 The duo has been pushing the envelope when it comes to creating unique visual experiences for audiences.

Anushka Sharma and her brother Karnesh Sharma clearly love cutting-edge visual effects (VFX), as is evident in their production ventures — the movies Phillauri, Pari and now Bulbbul. The duo has been pushing the envelope when it comes to creating unique visual experiences for audiences.

Incidentally, all three films are supernatural-feminist films and successful too.
What has gotten everyone’s attention, however, was the red moon in Bulbbul.

“The red moon in Bulbbul has been highly talked about because it’s something unique and we wanted to use this symbolism,” explains Karnesh. “It adds to the aesthetic and plays up the symbolism, which is that revolution against oppression is the call of the hour.”

Unsurprisingly, too, audiences and critics alike have lapped up the use of symbolism such as the red moon to evoke elements of rebellion, passion and revolution while making Bulbbul a fascinating and gripping watch.

“Yes, it worked wonderfully in our storytelling and we are glad that audiences loved this device and gave us two thumbs up for sticking our necks out,” adds a clearly excited Karnesh.

A sibling love for uniqueness

Karnesh is undoubtedly delighted that audiences and critics have unanimously hailed Bulbbul’s VFX. “Our focus towards visual effects to enhance storytelling is one of the reasons this and the earlier films stood out and won the hearts of the audiences,” adds Karnesh.

“The strong visual effects in our projects have added to the surreal feel of the stories that we intended to tell, even heightening its impact in the meanwhile.”

Anushka tells us that both Karnesh and she consider it an extremely important aspect how uniquely they can tell a story.

“And we have always tried to tell our stories as differently as possible,” she points out. “I have always felt that a visual trigger to storytelling is the key to hold the attention of audiences today, which also allows us an unexpectedly new route to present an idea that has never been seen before by audiences.”

Then, talking about how Karnesh and she have always wanted to break away from the traditional ways of telling a story, she shares how even audiences are always looking to immerse themselves into something new.

“Both of us feel people are done with seeing the same formula repeatedly,” she points out. “And that has been our biggest strength. From Phillauri and Pari to now Bulbbul, while we have accidentally created a sub-genre of supernatural feminism films, we have consciously told the story through the lens of clutter-breaking visual effects.”