Saif doesn’t want to talk about Kareena and Taimur

A source close to the actor says that Saif has already decided to send Taimur to a boarding school in England . 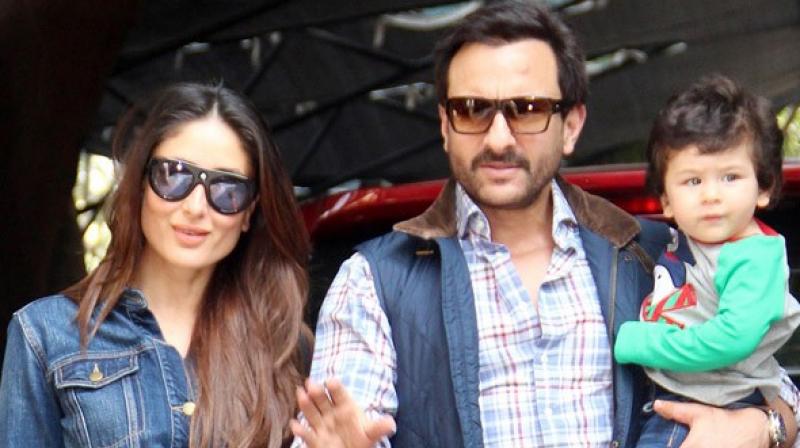 There’s not much happening on the career-front for Saif Ali Khan, apart from his upcoming Netflix series Sacred Games. Last week, the actor took a day’s break from his extended family vacation in London to fly down to India to participate in promotional activities. But sources close to the project reveal that he was “very reluctant” to do so because he knew that he would only be asked questions about his glamorous wife Kareena  Kapoor Khan and his adorable son Taimur Ali Khan.

“Not that Saif is not proud of them. But he’s tired of being the frontman for the two stars in his family. Besides, he felt that questions about his wife and his son would divert attention from the series being promoted. At media interactions, he asked for all questions not pertaining to the show to be left at the door,” a source reveals.

A source close to the actor says that Saif has already decided to send Taimur to a boarding school in England as soon as he is old enough to be on his own.