FIR against Mithun’s wife, son for rape and cheating

The complainant said Mahaakshay did this because he did not want any interruption in his career. 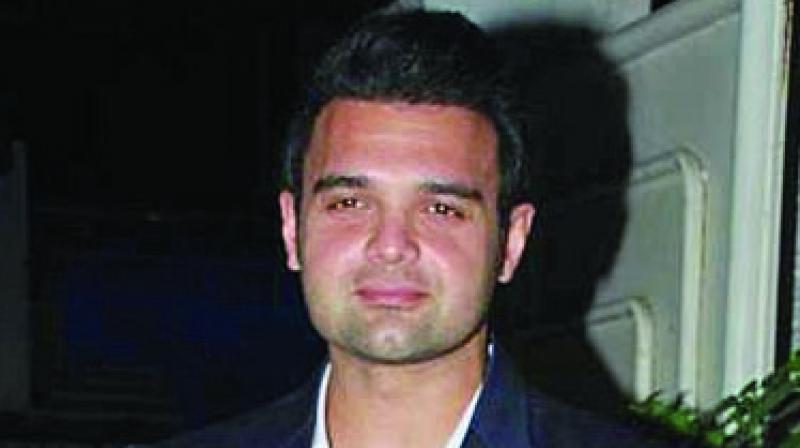 New Delhi: A local court on Monday has ordered to file an FIR against Veteran actor Mithun Chakrabnorty's wife Yogita Bali and son Mahaakshay aka Mimoh Chakraborty on charge of rape, cheating and causing miscarriage without consent by an actress who has reportedly worked in Bhojpuri as well as Hindi films. The actress had filed a complaint against the mother-son duo, alleging that Mahaakshay made false promises of getting married to her in future and entered into a physical relationship with her.

Delhi’s Rohini court has ordered to file an FIR against both Mahaakshay and Yogita Bali, on charges of rape, cheating and causing miscarriage without consent. The actress has also claimed that she has been in a relationship with Mahaakshay since the year 2015. They both kept in touch through phone and chat. The complainant alleged that Mahaakshay called her to his flat where he spiked her drink and raped her. Mahaakshay raped her for four years on the pretext of marriage and when she got pregnant, Mahaaskshay gave her some medicines which caused a miscarriage.

The complainant said Mahaakshay did this because he did not want any interruption in his career.

Mahaakshay is about to get married on July 7. The chargesheet also states that Mahaakshay's mother and Mithun Chakraborty's wife Yogita Bali called the complainant and threatened her. Yogita told her that she should stop dreaming about "being her daughter-in-law".

A complaint under Sections 90, 375, 114-A, 415, 25 of the IPC has been registered. Mahaakshay aka Mimoh, made his Bollywood debut with the 2008 film Jimmy. He was next seen in the horror film Haunted - 3D, Loot and Enemmy. The actor was last seen in the film Ishqedarriyaan.