The first shot for the show was rolled with an intimate scene between Richa and Angad. 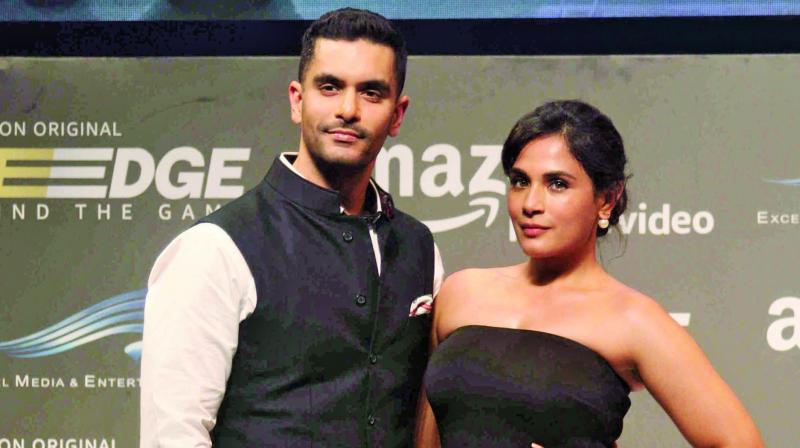 Actress Richa Chadha who is paired opposite Angad Bedi in the web series Inside Edge, had an awkward moment on the first day of the shoot. The first shot for the show was rolled with an intimate scene between Richa and Angad.

A source from the unit informs, “Angad and Richa have known each other through formal meetings earlier. But they were working together for the first time and to their surprise the first day of the shoot required them to do intimate scenes which was obviously tough for them as it was the first time they were professionally working together. The scene was brief but it took a while for them to break the ice. After a while, they finally managed to roll and shoot the scene,” a source from the unit said.