The actress says that her ex-boyfriend is not her friend and that she is just focused on the present now. 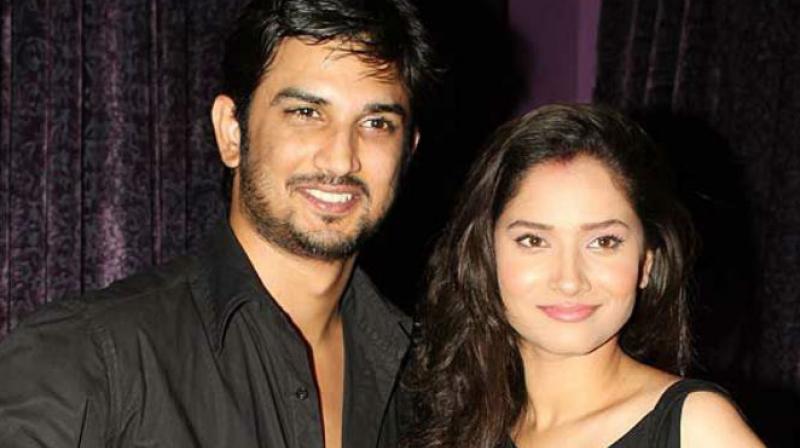 Mumbai: Sushant Singh Rajput has become a well-known face today and rumours of his relationship with Kriti Sanon have been doing the rounds for a substantial amount of time. However, some might not to be aware that the actor was earlier in a relationship with Ankita Lokhande.

Ankita and Sushant started their career together with the popular TV serial ‘Pavitra Rishta’ in 2009 and fell in love with each other. Eight years and a breakup later, Sushant has box-office success,  nominations for best actor awards for ‘M. S. Dhoni: The Untold Story’ and numerous films in his kitty, while Ankita has not featured in showbiz since the show that brought them together went off air in 2014.

Ankita is all set to change that now as she will be making a comeback, not on Television, but instead making her Bollywood debut with the Kangana Ranaut-starrer ‘Manikarnika.’

The actress, however, denied, in her recent interview, that her sabbatical had got anything to do with her marriage plans with Sushant when they were together.

"I don't know how these stories about me not wanting to work got around. After six years of Pavitra Rishta, I simply wanted a break and come back as a different Ankita. And I have," Anikta told Mumbai Mirror.

Recently reports of Ankita and Sushant meeting over a coffee date had sent rumour mills buzzing about their reconciliation, with the latter refuting them.

The actress had not responded then and when asked if she was friends with Sushant, she said, “No.”

She added, "I'm not thinking of the past or the future right now, I'm only focussed on the present. I have my own home, a car I bought with my own money and a beautiful film I can't wait to start. I get gooseflesh at the thought of seeing myself on the big screen."

We do hope that Ankita returns with a bang with this film.