The film, to be produced by Aditya Chopra's Yash Raj Films, has been hilariously christened 'Sandeep Aur Pinky Faraar'. 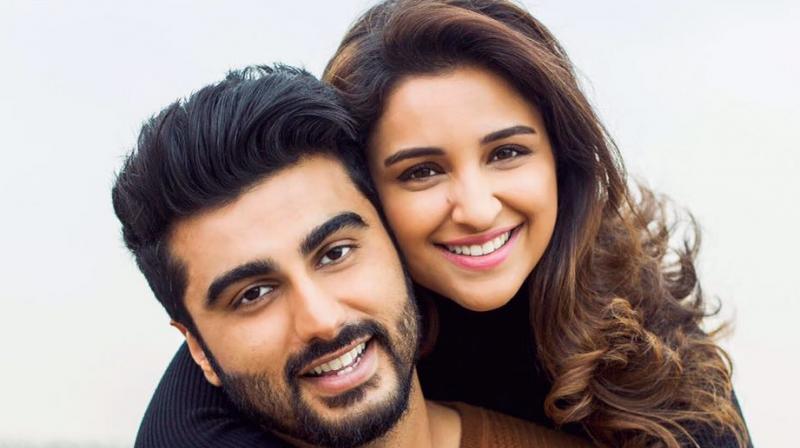 Parineeti and Arjun in a a still fromt he film.

The two are now all set to reunite in Dibakar Banerjee's thriller, ‘Sandeep Aur Pinky Faraar’.

While there had been rumours and conjectures over Dibakar's next, floating across social media, producers Yash Raj confirmed the development on their social media feed.

The story deals with two diametrically different personalities, who represent different strata of India, and their love-hate relationship.

Talking about the new project, Dibakar said, "This feels like my first film, again. I've had to unlearn everything I know to tell this story about a man and a woman who can't stand each other but can't survive without each other."

"His films are so different and always make an impact. I am so ready to bite my teeth into this character and give the audience something intense!" Parineeti said, also revealing that she had been dreaming about working with the ace auteur.

Arjun, who will next be seen in 'Mubarakan,' is quite glad to be back in the studio.

"It feels great to be back home at YRF working with Adi sir and Parineeti, my most amazing and first ever co-actor. Dibakar Banerjee is a name synonymous with being the torchbearer of evolving new age cinema that engages and entertains. I can't wait to work under his tutelage and vision," he revealed