The Bollywood powerhouse is working hard to grace the role as Kapil Dev in the film. 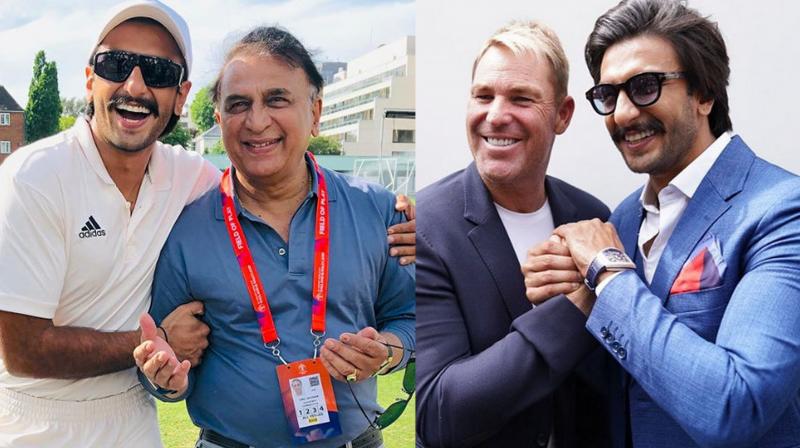 Mumbai: Ranveer Singh, who recently introduced the 'Kapil's Devils,' who will be seen in the upcoming film '83', parades a beaming smile as he poses with the 'Little Master' Sunil Gavaskar and 'Spin King' Shane Warne.

The Bollywood powerhouse is working hard to grace the role as Kapil Dev in the film. He has been seen meeting Dev and taking notes from the legend himself on several occasions.

And now, to add more power to his character, Ranveer met another legend from the same era Sunil Gavaskar and Australian ace cricketer Shane Warne. The actor shared the picture of the meeting on Instagram.

He also shared a picture with the Australian ace cricketer calling him Spin King.'

When it comes to giving a stunning performance, Ranveer leaves no stone unturned. Recently, the actor posted a few pictures with Kapil Dev where he was seen with a notebook and a pen, and it appeared that he is taking notes from the cricketer.

Helmed by Kabir Khan, the movie is slated to hit the theatres on April 10, 2020.