Kriti Sanon was expected to join the team for a dance number in the film, but that seems to be delayed now. 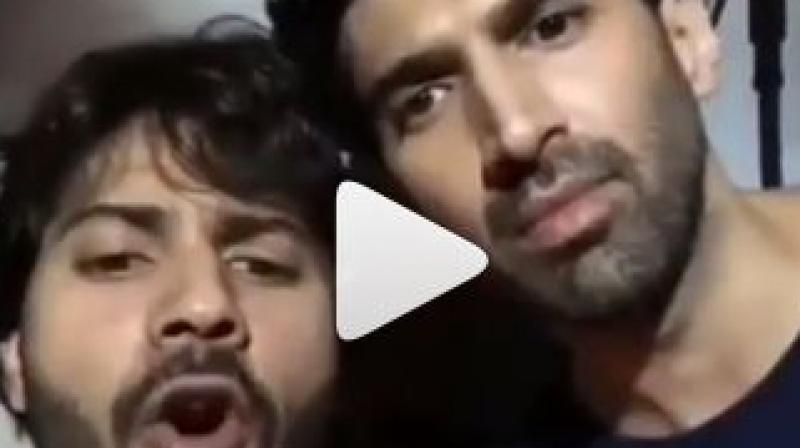 A screenshot from the video.

Karan Johar’s upcoming film ‘Kalank’ seems to be the second name for trouble as once again the shooting has been stalled and all actors are stranded on the location.

Almost a month back, snakes visited the sets of this movie and the shooting was stalled then, and it happened yet again, this time due to unexpected rains.

Varun Dhawan, Aditya Roy Kapur and Kunal Kemmu were stranded on the sets as director Abhishek Varman did not announce pack up for any one of them despite the weather conditions.

Varun in fact even recorded a video with Aditya as he sent a plea to Karan Johar to help them because they are stranded on the site.

Kriti Sanon was expected to join the team for a dance number in the film, but that seems to be delayed now.