Sanju song Badhiya: Did you notice Padmaavat actor Jim Sarbh in the song?

Jim was in news for his role in 'Padmaavat' and later for having fun with Kangana Ranaut at the Cannes this year. 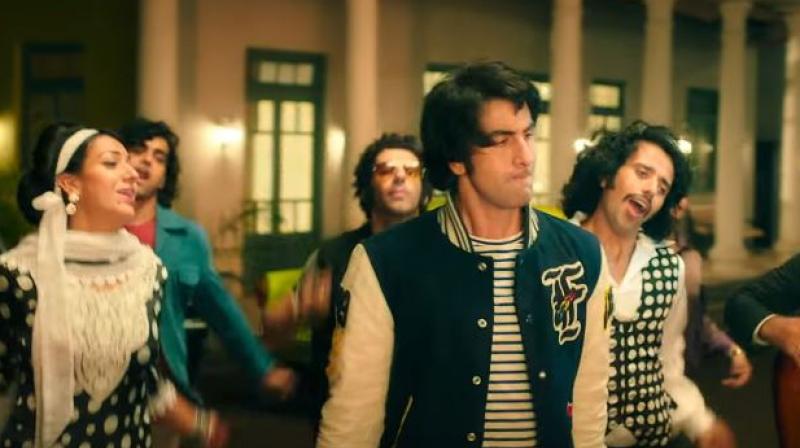 A still from 'Sanju' song 'Badhiya'.

The song depicts the carefree nature of Sanjay Dutt and despite it having the 80s flavour, ‘Badhiya’ is very much relatable even in today’s times.

Sonam comes in the song after a gap and lip-syncs with Ranbir, but you probably missed seeing Jim Sarbh in the song.

Jim, whose name has been linked to Kalki Koechlin, worked with Sonam in ‘Neerja’, which was his claim to fame. Later he acted in ‘Raabta’ and was last seen and most remembered as Kafur in ‘Padmaavat’. He was also in news for having fun with Kangana Ranaut at the Cannes this year.