Sanjay Dutt, Ranbir Kapoor promoted Bhoomi together, but have no time for Sanju?

Sanjay Dutt had once told Ranbir Kapoor that he needs to look macho to be able to play Sanju baba on screen. 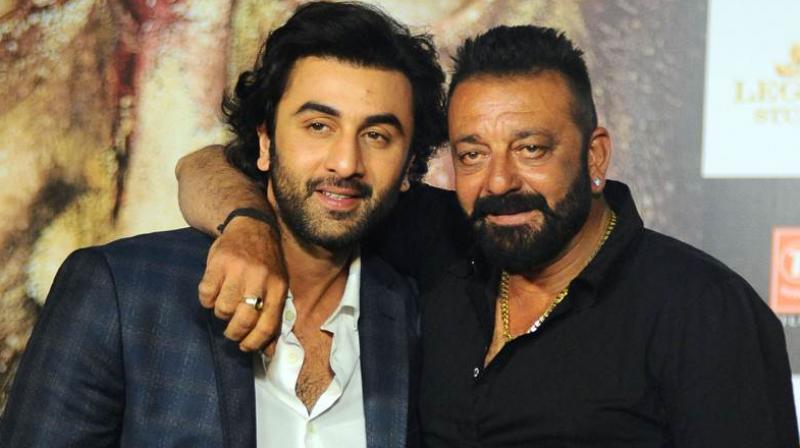 The story of superstar Sanjay Dutt is all set for everyone to see, as ‘Sanju’ is slated to release on June 29th.

But surprisingly Sanjay Dutt himself hasn’t been promoting the movie on his life to a large scale. Neither did he attend the teaser launch nor the trailer launch and not only that, he isn’t even promoting every new development on the movie like director Rajkumar Hirani or the actresses Sonam Kapoor and Dia Mirza.

However, Hirani seems to have spoken to Dutt, who promises to promote the film, just not with Ranbir Kapoor.

A source revealed the reason for this to Mid-Day saying, "While Sanjay Dutt is busy with his films, Ranbir Kapoor is juggling ‘Brahmastra’ and ‘Sanju’ promotions. The makers are now thinking that the actors can promote the film on their individual capacity if they're unable to come together."

The struggle of bringing them together did not exist when Ranbir went to extend his support to Sanjay Dutt during Baba’s comeback film ‘Bhoomi’. So hopefully the reason for them not coming together isn’t that Sanjay might not be happy with Ranbir playing his role. It can be remembered that Sanjay once told Ranbir that he needs to look macho to be able to play Sanju baba on screen.