My mother will be happiest watching her son, grandson in Mubarakan: Anil Kapoor

Anil Kapoor and Arjun Kapoor are coming together for the first time, and it is delightful news for Kapoor family. 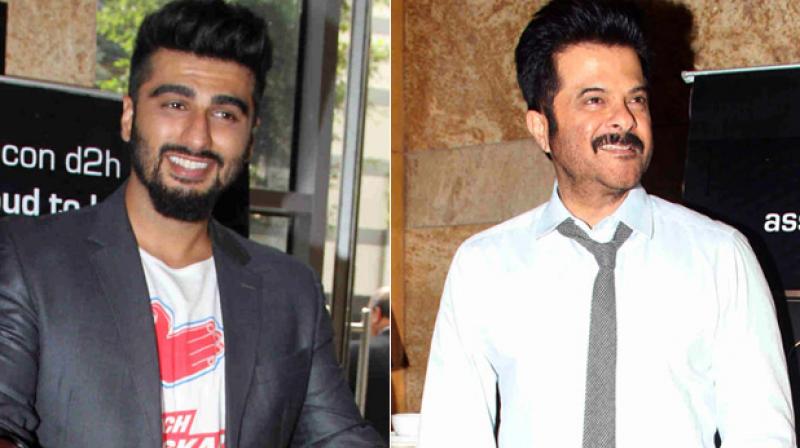 Mumbai:  If everything falls in place, Anil Kapoor might be seen playing the on-screen father to his son Harshvardhan in the forthcoming biopic on Indian professional shooter Abhinav Bindra.

There were reports that the father-son duo have been signed for the film where the 'Mirzya' actor will play the role of the Olympic-winning shooter.

The 60-year-old actor was speaking at the Dadasaheb Phalke Academy Awards.

The biopic is scheduled to go on floors by October and will reportedly focus on the relationship between Abhinav and his father.

While there is still time for the father-son duo to work together in a film, Anil will be seen sharing screen space with nephew Arjun Kapoor in the upcoming comedy 'Mubarakan'.

"My mother will be the happiest watching 'Mubarakan', she will see her son as well as grandson. It is a special feeling," Anil said.

The film, directed by Aneez Bazmee, is scheduled to release on July 28.