The couple has been together for more than 30 years and Soni reveals the secret of her married life. 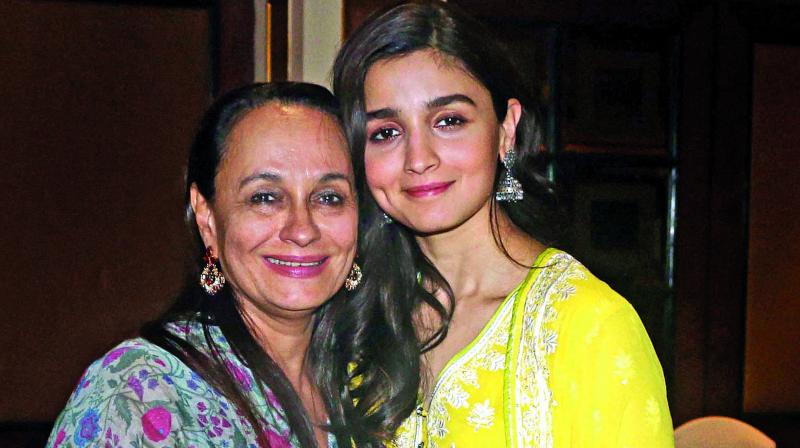 Soni Razdan who will be sharing the screen space with husband Mahesh Bhatt in Yours Truly is excited about the film and says that her husband has been very supportive throughout the making of the film. “He has been our guiding force,” she says. The couple has been together for more than 30 years and Soni reveals the secret of her married life. “I don’t know what kept us together. Initially, both of us were hotheaded so we would end up fighting a lot. But there was a lot of love and respect too, I guess. I believe that’s the key to a successful marriage. In fact, if you are not willing to grow together, then the relationship will not survive,” she reveals and adds, “I was a big fighter. Our fights were so legendary. At times, yes, I would storm out of the room in anger but then, I would give in,” she smiles.

Talking about the film Yours Truly she said: "Yours truly it's a film of lonely woman who lives alone in this crumbling house in the out skirts of Kolkata .She goes everyday by train to office that's her life. Usually being in the train and on the platform, whatever she starts getting into the voice of the platform announcers . As she does not have any contact with any man in real life, this platform announcers voice attracts her and slowly & gradually she starts getting involved in that voice. I chose to be the part of this film only because the concept is very good. Now whether it is Mahesh’s voce to know about that you will have to watch the film."

But the actor, over the years, has evolved and so has her relationship.  “Definitely, I have changed now. Presumably, with age, you mellow down. Even he (Mahesh Bhatt) has mellowed down. You get tired and gradually, you start understanding the other person,” she adds. When asked if the duo will collaborate on a film soon, she says, “He can’t cast me in Sadak 2 simply because I died in the first part.”

When asked the rumours around daughter Alia’s wedding, she says, “You’ll have to ask Alia. I have no idea about this buzz but yes, I have been vocal and have been commenting positively on their photographs.” The actress also feels that Alia is too young to get married, “As a mother, I don’t want to force her as she is so young. If and when it happens, maybe, then I will have something to say,” she concludes.