The greatest vindication after the success of Baaghi 2 was to see my parents smile, says Tiger Shroff. 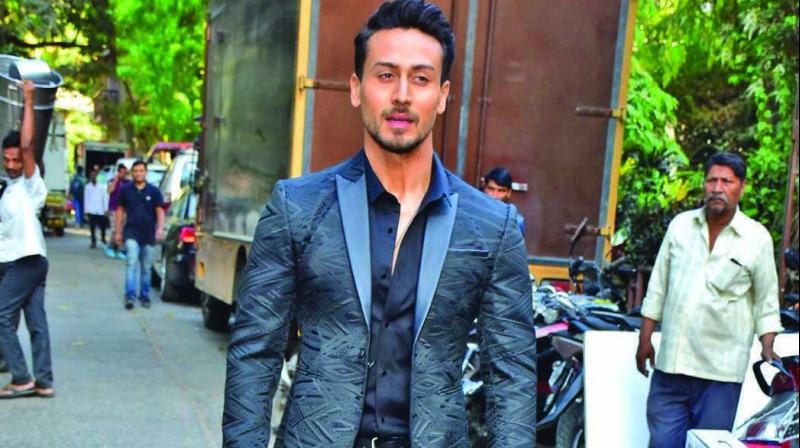 Young Turk Tiger Shroff is the new toast of the town. With his latest film Baaghi 2 setting the box office on fire, the industry is referring to him as the next Salman Khan. We find out what the cub has to say about this.

Have you started throwing your weight around?
God forbid. I hope that never happens. More than me, my parents would be ashamed. I’d never forgive myself if I ever shame them.

Your parents are ecstatic about Baaghi 2…
No one expected it to be big. I mean, there is no Salman Khan in the film.  My producer Sajid Nadiadwala is in a daze. He told me he has never seen anything like this in his entire career as a producer. I can only thank him and my good fortune for relieving me of the tension I was going through.

It was a tough time for you, wasn’t it?
After my debut in Heropanti, I was trolled mercilessly. It affected my parents and in turn it affected me. Otherwise, I wouldn’t have cared so much about what people said. But, I knew my parents were hurt. The greatest vindication after the success of Baaghi 2 was to see my parents smile. My father is not demonstrative by nature, but he hugged my mother and said he was proud of me. That wiped away all the humiliation and pain of rejection that I went through.

How different does it feel to be a Rs 100-crore hero?
To me, personally, it feels no different. Except maybe the dynamics of my anxiety have changed. Earlier, I was anxious to be successful. Now, I have to be bothered about my next Rs 100-crore film. Luckily, Student Of The Year 2 for which I’m shooting right now, and the film for Yash Raj with Hrithik Roshan are being talked about in the trade as solid follow-ups to Baaghi 2.

They are calling you the next Salman Khan...
That’s really a bit too much. He is so senior and such a formidable star. I am only five films old. This kind of comparison is unfair. It’s like being compared with my father (actor Jackie Shroff). I made sure that I avoided that pitfall completely.

That’s why you avoided doing a remake of your father’s Hero?
With due respect to the remake, I didn’t want to be compared with him. In Hero, my father was a full-on hero, larger-than-life and the ultimate pin-up boy. To compete with that would’ve been very foolish.

Your Baaghi 2 is a remake too?
Yes, of the Telugu film Kshanam. But, we only took on the core idea and reworked everything else. I completely avoided seeing Kshanam because I didn’t want to end up mimicking Adivi Shesh who played the part in the original. I think Baaghi 2 is a completely different beast from Kshanam.

Did you expect it to go this far?
No, never. We were all sure it would get an audience. But, for a film with me in the lead to make over Rs 70 crore in the first weekend and that, too, when there was no major holiday except Good Friday, was unimaginable. This Good Friday proved really good for me.

How has your life changed after Baaghi 2?
Nothing has changed. I am still following the same regimented lifestyle. Yeah, my hair is longer for Student Of The Year 2. And, I am losing the bulky armyman look in Baaghi 2 for a leaner, lighter one of a student. That apart, I haven’t changed. But, people around me have changed. I can sense a new respect for my success. Not that anybody is falling at my feet or anything, ha ha.

Speaking of change, media reports suggest that your co-star Disha Patani has changed, that she throws tantrums and that she embarrasses you?
That is so unfair to someone who is just two films old. Disha has not changed at all. She is a sweet, unassuming girl with a good head on her shoulders. She’d be the last person to throw her weight around. Why are they talking like this about her? And, why would she embarrass me? I am very proud of her.

When are you coming out about your relationship with Disha?
Whatever we share professionally or personally is for us to share. Why do we need to talk about it in public? Jo hai so hai (whatever is, is).