Entertainment   Bollywood  03 May 2018  Rajkummar Rao became a person I did not know: Hansal Mehta on Omerta
Entertainment, Bollywood

Rajkummar Rao became a person I did not know: Hansal Mehta on Omerta

'Omerta' the next gritty tale of a terrorist of director Hansal Mehta is all set to allure the audiences. 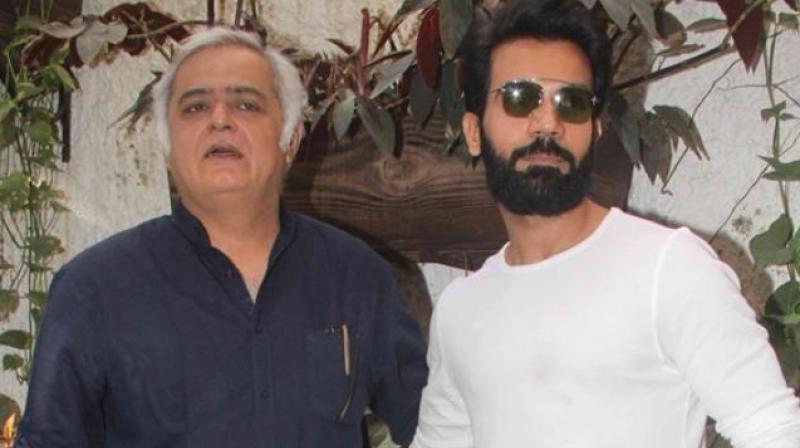 Mumbai: Director Hansal Mehta is known to portray some real and authentic stories on reel. His real stories are chronicle he feels and wishes the coming generations would watch them. Omerta the next flick of director Hansal Mehta is all set to allure the audiences at the BO. With the National Award winner actor Rajkummar Rao who has already been accepted by the audiences with his simple and no muscle body frame.

Working with Rajkummar Rao how does he see his growth? He says, "Rajkummar and I both of us have grown together and our journey has been fruitful. It was my second innings and it was his beginning. Right from the beginning of our journey it has been lovely.  When we did 'Shahid', it changed our lives. In 'City Lights' and 'Aligarh' and we explored different characters."

Rajkummar has been accepted by the audiences’. Speaking on that, Hansal says," With every film and every role there is a lot of growth. Now he has become the hero of the masses and there is acceptance by the masses as a popular actor and it's increasing that is making me proud. He works very hard. We both won National Award together and it was a big moment for us."

Getting into the psyche of terrorist was it difficult? Hansal shares, "Getting into the psyche of terrorist more than me it was difficult for Rajkummar Rao.  It was the story of a villain. He became unrecognisable when we were shooting and he became a person I did not know. He was very aggressive. In small things when we were shooting in Patiala we had set up a badminton court and we used to play every evening.  He used to remove his entire aggression in the game he became very involved. He would smash the shuttle cock at me. I got hurt many times. The character was such."

Talking about his method of guiding his actor, the director reveals, "I don’t instruct my actors. First three four days we take time to get into the character. Once you crack that you know you are in the right zone and you just follow it and it goes smoothly."

"It's difficult to shoot in a place that’s why I had to be discreet. We had finished shooting by the time Bareilly Ki Barfi.  He merges in the film but I don’t know how it will happen now.  He had learnt to do Namaz so perfect during Shahid and now he knows it well," he adds.

Hansal will soon start directing a web series. He tells, "Web series will coexist and challenge each other and they are here to stay. We need a new medium to tell our stories.  It's a long format.  It's a great big avenue and I have embraced it completely and I will do one every year. New stories told fearlessly and people love to watch them in their homes.   They are two different mediums. It has created a new audience and it's too early to say anything but we have no numbers."

Mehta is popular to make films based on real and different stories, about the same he says, "I see myself as a chronicler of our times and when future generations will come what account they will have of our times. We have fed them diluted stories of our history. I hope my films will serve as a truthful reflection."

Revealing about his next films, Hansal tells, "I will make all kinds of films.  I want to be truthful and even if it is a relationship drama it will be truthful. Shashi Deshpande's book, who wrote Drishti. I will be adapting her book. It's about complex relationship of a man and woman. I am making one on Harshad Mehta on based on Sucheta Dalal's book. We are making it.  We are still casting and it will be for applause."