Video: Arjun-Shraddha go from romantic to hip-hop in Half Girlfriend’s title track

Arjun and Shraddha break away from the trend of romantic songs with the latest track, ‘Mere Dil Mein’. 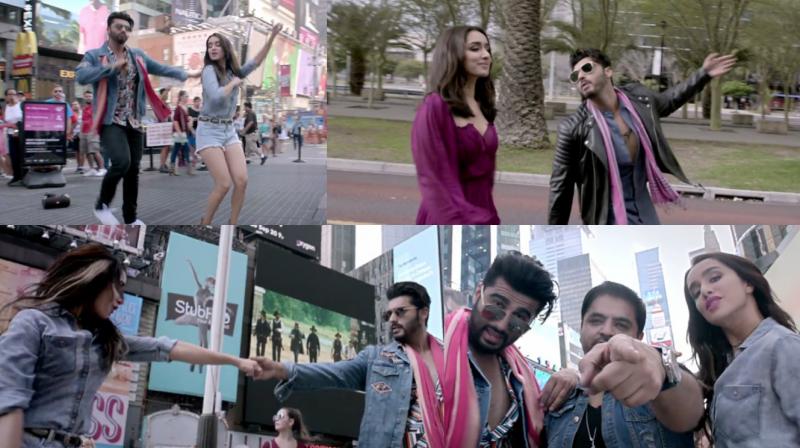 Mumbai: 'Aashiqui 2', 'Awarapan', 'Hamari Adhuri Kahani' are some of the examples of the blockbuster music that Mohit Suri manages in his films so far and the question that arises in the minds of the audiences is if he can replicate such an album again with 'Half Girlfriend' starring Arjun Kapoor and Shraddha Kapoor.

The film seems like an intense love story and living up to the theme, the first three songs of the album, ‘Baarish’, ‘Phir Bhi Tum Ko Chahunga’ and ‘Thodi Der’ were romantic tracks.

Arjun and Shraddha break away from the trend of romantic songs with the latest track, ‘Mere Dil Mein’, which can be also be considered as the title track of the film, but the romance is still very much on.

The song is the first one with dance beats and it definitely impresses.

As seen in the trailer, we see Arjun’s character Madhav completely smitten by Shraddha’s character Riya, as he struggles with his unimpressive English skills and the tag of ‘half girlfriend’ that she gives him, in his quest to gain her love.

He, however, manages to impress her with his basketball skills.

Arjun might be seen roaming around frantically in America in the trailer, but he is seen in full hip-hop style grooving along with Shraddha in the streets of New York in the song.

The song, composed by Rishi Rishi and crooned by Veronica Mehta and Yash Narvekar, is definitely catchy with its hip-hop beats.

‘Half Girlfriend’ is all set to release on 19 May.