With Parmanu in deadlock, John’s career sinks to an all-time low

With his precious project on hold and him falling out with co-producers,his only upcoming project is a thriller directed by Milap Jhaverito. 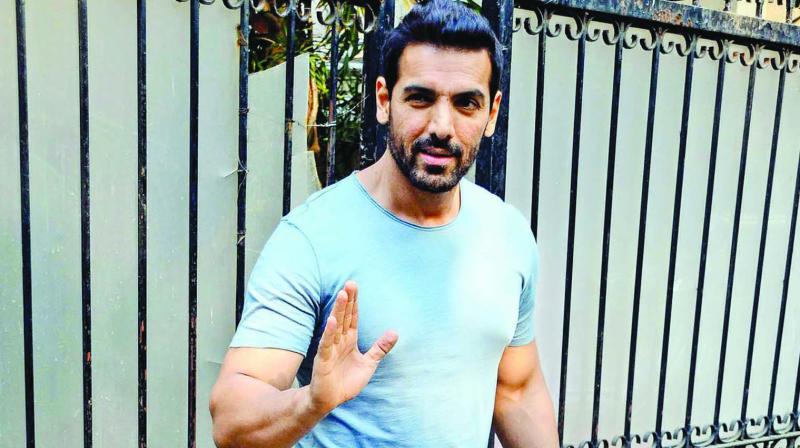 John Abraham’s career seems to have come to a grinding near-halt with the offers drying up, almost. In the latest and bizarre twist of events, John’s precious project Parmanu: The Story Of Pokhran is locked in a lethal battle with the film’s co-producer KriArj Entertainment.

Based on the nuclear tests conducted in 1998 by the Indian army, the film was scheduled to release on April 6 but was later pushed to May 4.

Apparently John, who is also a producer of Parmanu…, was in a conflict for the longest time with co-producers.

“In response to the trade notice issued by JA (John Abraham) Entertainment claiming termination of their agreement with us for the film Parmanu, please note that the said termination is illegal and invalid. Our rights in the film as a joint producer/presenter and owner of all rights are fully secured, we have always fulfilled all our commitments till date and have clear intent to continue doing so,” reads the statement.

“JA Entertainment has till date not fulfilled it’s commitment of completing and intimating us of the completion the film and is fraudulently trying to delay the release of the film thereby causing huge monetary losses and damage to our reputation. It goes without saying that any one dealing with the film or any of its rights through JA Entertainment will be doing so at their own risk and peril and will also have to face legal consequences,” reads the statement further.

Now with Parmanu...locked in a legal battle, John has much to worry about, as there is no other project to fall back on. Except a thriller directed by Milap Jhaverito and produced by Nikhil Advani.

The film was supposed to start shooting in January but there is no news of it actually taking off. A director who has worked with John speaks in his defence: “There is so much screen presence in him to exploit. But he seems to be choosing the wrong films.”