Directed by Tejas Prabha Vijay Deoskar, the film is scheduled to hit theatres on May 25. 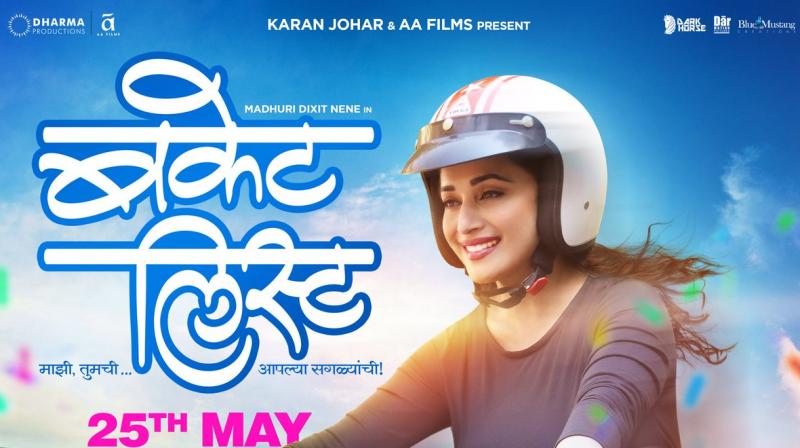 An 'excited' Madhuri took to Twitter to share a fresh poster of the film where she can be seen happily riding a bike.

Directed by Tejas Prabha Vijay Deoskar, the film is scheduled to hit theatres on May 25.