After shooting several films in Punjab over the years, the superstar is back in the state for Imtiaz Ali's film. 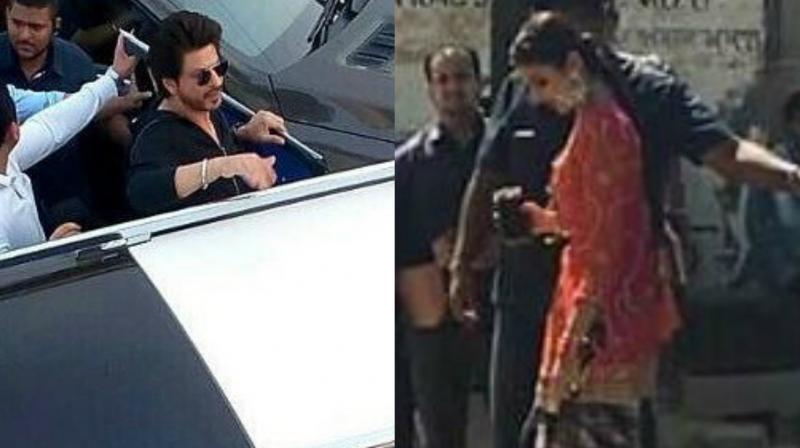 Mumbai: Some of the most popular films of Shah Rukh Khan, be it 'Dilwale Dulhaniya Le Jayenge', 'Veer-Zaara', 'Rab Ne Bana Di Jodi' have been shot in Punjab and have done brilliant business at the box-office.

Shah Rukh is back in Punjab, this time for the shoot of the Imtiaz Ali directorial opposite Anushka Sharma.

Fresh pictures and a video of the couple shooting in Ludhiana and Amritsar have made its way to the fan pages on social media. We see Anushka dressed in Punjabi attires during the shoot while Shah Rukh looks cool dressed in casual wear.

#ShahRukhKhan @iamsrk & #AnushkaSharma @AnushkaSharma
on the sets of #TheRing ( Rehnuma ) in Punjab 😍😍😍❤ pic.twitter.com/P68WrtQOek

@AnushkaSharma #AnushkaSharma & @iamsrk #ShahRukhKhan on the sets of #TheRing in Punjab pic.twitter.com/EQXgfEEPtt

The team had previously shot for an extended schedule in various cities of Europe like Amsterdam, Budapest, Lisbon, Prague and others during the month of October.

The film is slated to release on August 11 and has also been in the news for its clash with Akshay Kumar’s ‘Toilet- Ek Prem Katha’ which has now been pushed ahead.

Imtiaz Ali’s film has also been in the news for the various titles it has been given. While the working title of the film earlier was ‘The Ring’, several reports claimed that the film could now be titled ‘Rehnuma’ or ‘Raula.’

Shah Rukh Khan had recently posted an interesting picture from his car while Imtiaz was leaving on a cycle after their discussions and it seems that they discussed the next schedule of the film that is happening in Punjab right now.