While Bheemla Nayak has made over Rs 100 crores so far, Gangubai has made around Rs 50 crore 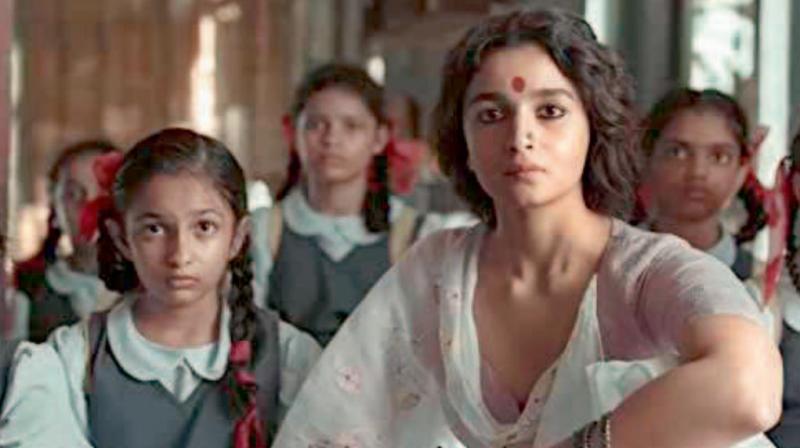 'Gangubai', made at a huge budget, will have to net over Rs 150 crore at the Indian box office to break even, and now there are signs that it might actually get close to its target despite the not-so-great start on Friday.

The spurt in the collections of Gangubai Kathiawadi following removal of the COVID restrictions in Delhi on Monday and appreciation for the film spreading by
word of mouth has set off a wave of happiness in film circuits. “Removal of restrictions in Delhi resulted in good collections on Monday for Gangubai Kathiwadi. Other films that we are showing also picked up. This gives the film industry hope that business will get better. It is also being said that theatres in Maharashtra will reopen soon and means that Bombay Territory too will have better collections,” says Sanjay Ghai, Mukta Arts’ COO for distribution and exhibition for North India. (Bombay Territory includes parts of Maharashtra and Gujarat which were once unified Bombay)

Gangubai, made at a huge budget, will have to net over Rs 150 crore at the Indian box office to break even, and now there are signs that it might actually get close to its target despite the not-so-great start on Friday (though it was far
better than Alia’s Raazi.)

The success of Telugu film Bheemla Nayak starring Rana Daggubati and Pawan Kalyan, a remake of the Malayalam hit Ayyapanum Koshiyum, has also given a shot in the arm for its makers. “The film was not released in the Hindi markets for the same reason that Ala Vaikunthapurramuloo’s dubbed version was not released — the film is also being made in Hindi with John Abraham and Arjun Kapoor. Otherwise, it could have been another magical film like Pushpa and the industry could have been minting a lot more money,” says Atul Mohan, Editor, Complete Cinema. While Bheemla Nayak has made over Rs 100 crores so far, Gangubai has made around Rs 50 crore.

A huge list of films is scheduled for release across the country in the coming two months. “As youngsters, we were told that a good film will attract crowds who will brave rains and typhoons and cross rivers to watch movies. That happened with Pushpa: The Rise . Let us hope that the long list of films coming up does not disappoint the audience,” says Ghai. This week will see Amitabh Bachchan’s Jhund releasing and despite it being a small film, excellent reports about it have been circulating. It is the first biopic in the Big B’s career. He had earlier auditioned for Saawan Kumar Tak for his film on Mirza Ghalib but was rejected because he was considered too tall for the role.