Finally, the much-delayed celebrations for Manikarnika: The Queen of Jhansi will take place today. 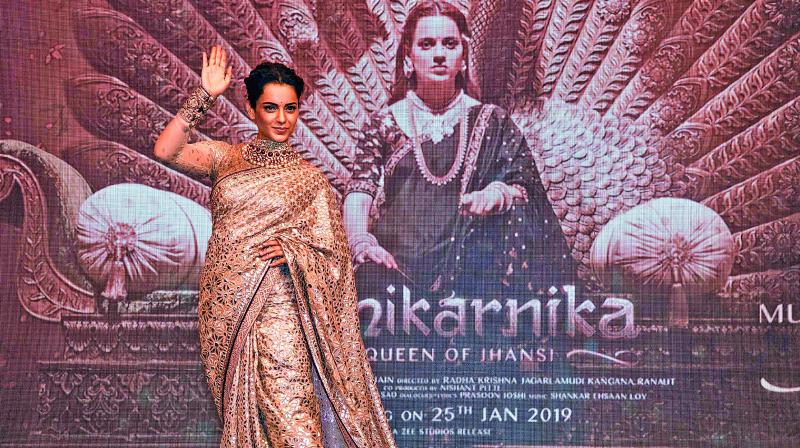 Finally, the much-delayed celebrations for Manikarnika: The Queen of Jhansi will take place today. It can be recalled that Manikarnika’s success celebrations for entering the Rs 100 crore club were cancelled due to the Pulwama attack. But a month after the film’s release, which also saw Kangana being trolled for riding a mechanical horse, the actress-director has decided to go ahead with the bash.

“The celebration was cancelled the last time because of the Pulwama attack. But this time around, it is a double celebration for us because our hero pilot Abhinandan is back. Manikarnika is Kangana’s directorial debut and reaching the Rs 100 crore mark is an achievement,” says her spokesperson.

Meanwhile, Kangana has just wrapped another schedule of Ashwiny Iyer Tiwari’s Panga and will shoot one more schedule of the film in the coming days. She will then begin promoting her upcoming film Mental Hai Kya?.

After the cast and crew of the film were divided over the credits being shared by Kangana and the original director Radhakrishna Jagarlamudi, it will be interesting to see who all from the team will mark their presence in the bash.