SRK’s transformation from king of romance to gangster

It’s difficult to keep a track of various characters Shah Rukh has portrayed & the awards he has won in his 25-year-long Bollywood odyssey. 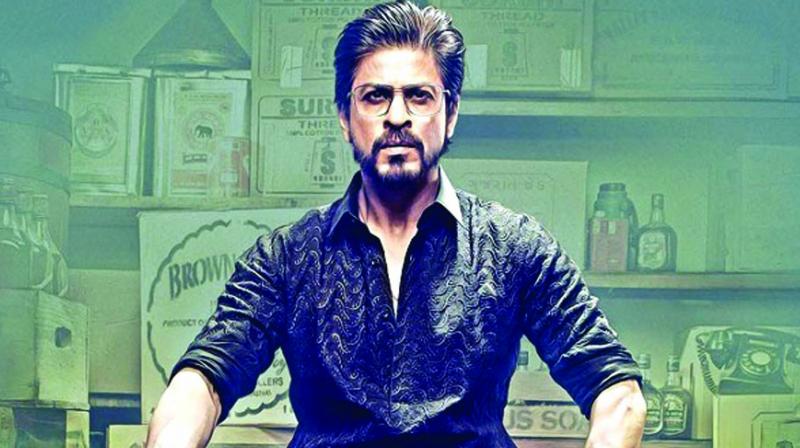 Shah Rukh Khan, son of Taj Mohammed Khan and Lateef Fatima, who migrated to India from Peshawar before Partition, won the sword of honour at St. Columbus School in Delhi for embodying the spirit of the school and trying his hand at everything. He obtained his BA (Hons) in Economics from Hansraj College in1988. The same year, as commando Abhimanyu Rai in DD’s popular series Fauji, he endeared himself to millions of viewers. SRK won Filmfare award for best debut male for his supporting role in the film Diwana in 1992 with Rishi Kapoor in the lead. Rest is history.

It’s difficult to keep a track of various characters Shah Rukh has portrayed and the awards he has won in his 25-year-long Bollywood odyssey. The Time magazine has described him as probably the most recognisable actor in the world with an audience of around 3.6 billion and the Guardian thinks, he might be the world’s biggest star. Their logic is simple: Bollywood has a global audience of 3.6 billion as against Hollywood’s 2.5 billion! So he is a bigger star than Tom Cruise. German girls weren’t waiting for him in freezing January for nothing. From the balcony of Mannat in Mumbai, waving to his fans every morning, Shah Rukh might be quietly humming: Yeh kahan aa gaye hum...

Though Raj Kapoor (Bewafa), Dilip Kumar (Amar), Dev Anand (Baazi, Jaal), Dharmendra (Ayee Milan Ki Bela) and Amitabh Bachchan (Parwana) have played negative roles, none was adored in negative roles, as was Shah Rukh. Baazigar’s anti-hero and Darr and Anjaam’s compulsive lover, who stammers and wants to push his lady love off the roof, got him the title of “box office mullah” and also critical acclaim. He has played negative/grey roles in six films: Baazigar, Darr, Ram Jaane, Anjaam, Duplicate and Don 2; all others were big hits.

In 1998, while he was doing Kuch Kuch Hota Hai, he was also shooting for villainous role in Duplicate and an intense role in Dil Se directed by Mani Ratnam. Shah Rukh’s face-off with the Big B as a strict, unbending headmaster of Gurukul (Narayan Shankar) in Mohabbatein in which he tells Big B that from his standpoint he was a loser. In a tense father-son relationship in Kabhi Khushi Kabhie Gham... Shah Rukh showed confidence in his craft.

But it was his portrayal as Devdas based on Sharat Babu’s novel, the eternal tragic lover, which broke his earlier images as an antihero and young lover. With opulent sets, beautiful choreography, energetic dances (Dola re dola) sharp dialogues and superb performances by Shah Rukh, Aishwarya and Madhuri, Sanjay Leela Bhansali’s Devdas was a huge success. Shah Rukh gave arguably the most memorable performance of his life, though many felt that Dilip Kumar with unbearable sorrow, anguish and pain dripping from his face was a shade better in Bimal Rai’s Devdas. The Time magazine ranked Devdas as the best film of 2002 and later included it in the list of 10 top movies of the millennium worldwide.

His foray in film production received mixed results; while his period film Ashok, science fiction Ra One and recent double role in Fan turned out to be flops, Chalte Chalte and Om Shanti Om for which he developed six packs and sang Dard-e-disco with bare torso, Chennai Express and Don 2 were huge hits. His two films that will be remembered for their bold themes, strong message and performances are Swadesh, a throwback to the Nehruvian idealism when a Nasa project manager leaves everything in the US to do something worthwhile in his village and My Name is Khan which debunks prevailing Islamophobia and stresses that every Khan isn’t a terrorist.

Controversies follow SRK: detentions at JFK, ban on his entry into Wankhede Stadium, his tiff with Salman Khan, several brushes with the Shiv Sena for his remarks about Pakistani artists and allegations of being soft on Pakistan. He wonders with a tinge of sadness why some Indians still expect him to prove his patriotism.

For his fans he is the king of romance and Badshah of Bollywood. But is he? Yes, in several films he romanced with his heroine and swore of his love. But does love need words? Mughal-E-Azam is Bollywood’s biggest love story ever; the heir apparent rebels against the emperor for his lady love Anarkali. We don’t see Salim and Anarkali holding hands or hugging; they spend the night together, soulful voice of Bade Ghulam Ali Khan rises in the background and falling white jasmine flowers cover them. It’s pure symphony of love without words! In Awara, in the boat, Nargis looks at the moon and sings: Dam bhar jo udhar munh phere... In Shree 420, in the downpour, under a torn umbrella, drenched Nargis by his side, Raj Kapoor sings: Pyar hua, ikrar hua... Raj and Nargis formed one of the most romantic pair on-screen.

In eight films, SRK portrayed the romancing character Rahul; they did well. But in his latest film Raees, he has turned into a bootlegger inflicting bloody brutal violence. Ironically, the violent Raees has done much higher business than Rahul, the king of romance. Waqt waqt ki baat hai!

The writer is a former ambassador