'Why would I call my son Little John?': Kareena trashes reports 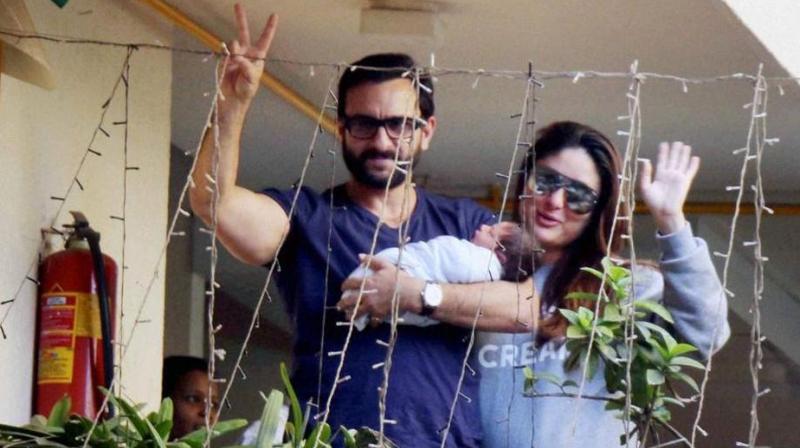 Saif and Kareena Kapoor Khan while brining Taimur home for the first time.

Mumbai: Star kids have become extremely popular on social media and every moment of theirs makes for news nowadays.

One of them is Kareena Kapoor Khan and Saif Ali Khan’s son Taimur, who has become quite the social media sensation. While a recent picture of the little one went viral for the adorable features he possessed, it had all started with Twitteratti welcoming him by trolling his name as it resembled the name of a 14th century autocratic tyrant.

This was followed by a report which said that Kareena referred to her first child as ‘Little John’. Kareena has finally responded to the reports and slammed them in style.

The actress has also been saying that she is the best phase of her life and enjoying motherhood as she has started attending events and will soon begin shooting her next film ‘Veere Di Wedding.’