Motherhood won’t change the girl I am, says Kareena

After a brief sabbatical and playing full-time mommy to her newborn, Kareena Kapoor Khan is looking forward to being on the sets again. 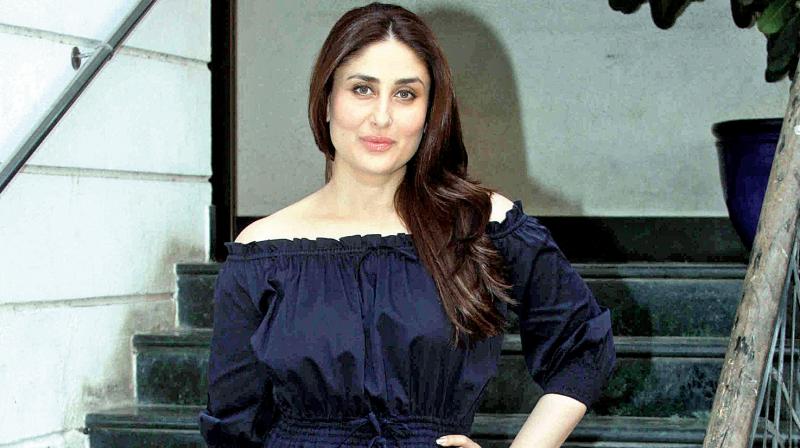 She may have been away from the arclights for a while now, but Kareena Kapoor Khan seems to have reclaimed the reins at work. At Sony BBC’s Earth event where she was present as the ‘Feel Alive’ ambasador, the actor spoke to us about her second innings in showbiz, her lifestyle choices and how her actions are only ruled by her gut. Edited excerpts from the interview:

How are you enjoying motherhood?
It’s been just two months, so it’s a little too early to talk about motherhood as such. But I think this is going to be the most beautiful phase of my life yet. I am looking forward to spending an entire lifetime getting to know my baby Taimur. Having said that, I am a free spirited girl and will always continue to be one. Motherhood won’t change that about me.

Now that you’re going to get to up work in full swing, are you doing anything to lose the baby weight?
Not really. I am just doing the things that I did anyway. I have been a generally fit girl, doing yoga and stuff. As an artiste, I have always taken time to work out and be fit, so I’ll continue to do that.

Most female actors are scared to get married at the peak of their career. You not only became a wife, but also a mother at the most crucial juncture of your career. How do you look back at the choices you made?
There is no right time as such — either to get married or to have babies. People told me not to get married because that would affect my work. But I have always followed my heart. Three of the most special films that I have worked on, came my way after I got married — be it Bhajrangi Bhaijaan, Ki & Ka or Udta Punjab. I would suggest that everyone should listen to their heart as opposed to listening to too many people. There is a time and place for everything — just follow your heart with all your conviction.

Why don’t you choose to be active on any social media platform when most of your contemporaries are?
It’s not that I shy away from it due to the trolling — I don’t. Social media is all about self-publicity. It’s about making oneself look good by posting pictures or making oneself seem intelligent by giving an opinion on something. It doesn’t bode too well with me. I am a private person, and I prefer personal interactions much more than public ones. It’s more important for me to connect with a person face-to-face than put up pictures with someone.

You will be starting the shoot of Veere Di Wedding very soon. How excited are you about that?
I am very excited. Sonam and Rhea (Kapoor) are very good friends of mine we are trying to take the movie as special as we can. It is about four women and it’s the perfect time, I think, for a film like this to be released. It has no male lead actors.