'Good films always do well:' Is Shahid taking dig at Rangoon after failure?

A Twitter user asked him if he believed some good films don't work at the box office. 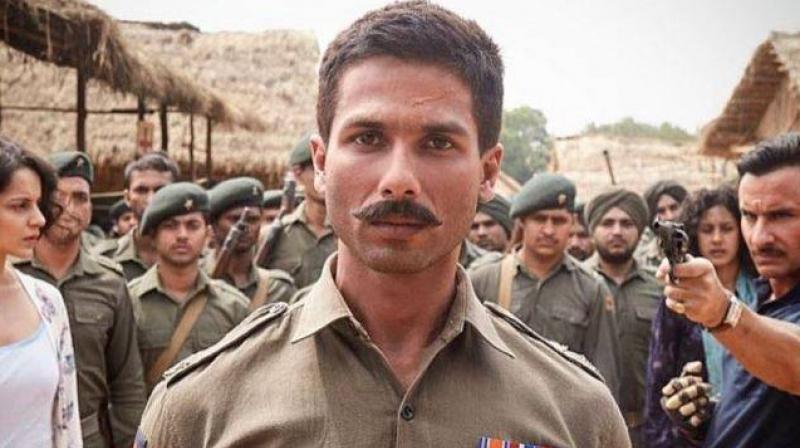 Shahid Kapoor in a still from 'Rangoon.'

Mumbai: Actor Shahid Kapoor says he will be taking a break from dark and complex roles for some time.

The 36-year-old actor, whose latest period war film 'Rangoon' could not create  magic at the box office, said that he wants to feature in lighter roles next.

During a Q and A session, a Twitter user asked Shahid, "Is it that you prefer dark films more now?"

To this, the actor replied, "Nope. Not for a while now."

He said after completing his prior commitments he would like to do "anything light and fun."

Shahid also said, "Good films always do well," when one of the fans asked if he believed some good films don't work at the box office.

About his role in Sanjay Leela Bhansali's magnum opus 'Padmavati', he said the best thing about Raja Rawal Ratan Singh's character is that he was, 'Noble heroic fearless. Above all a true lover.'