Jackie Shroff was always in Sooryavanshi

Jackie spent his birthday with his wife Ayesha, son Tiger and daughter Krishna. 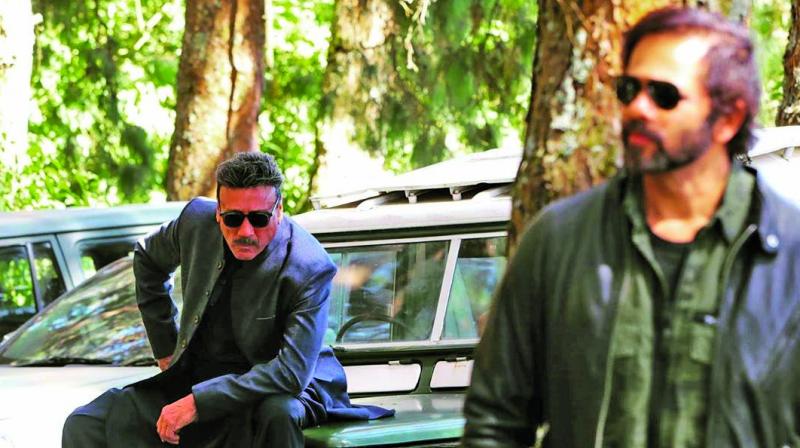 Reports, splashed on Saturday when Jackie Shroff turned 63, suggested that the birthday boy had been added to the cast of Rohit Shetty’s Sooryavanshi, almost as a birthday gift. But the fact is that he was always a part of the cast.

Says a source in the know, “He plays an important role. Jackie was cast from the start, he isn’t a last-minute addition. Akshay Kumar and Jackie have known each other for years. Akshay’s mother-in-law Dimple Kapadia is one of Jackie’s closest friends. The pair has done many  films together. Strangely, Akshay and Jackie have never worked together until now.”

Shedding light on Jackie’s character, the source reveals, “Jackie will make a guest appearance at a key point in the film. He will make a dramatic revelation that will change the course of the storytelling.”

As for Jackie himself, the actor shares: “I have worked so many times with Rohit’s father, the great action director M.B. Shetty. Now to be working with Rohit, it feels like a complete circle. I’ve always enjoyed Rohit’s cinema.”

Jackie spent his birthday with his wife Ayesha, son Tiger and daughter Krishna. “Dad’s birthday was super low-key. The entire day the family was together. We went to one of our favourite restaurants in Mumbai. It was really nice because the four of us don’t get to spend time together that often,” Krishna shares.

“Being with my family is the best thing I can think of doing. My wife and my bachchas (children) are my world. Any day that we spend together is a birthday for me,” Jackie adds