The actor worked tirelessly with kickboxing champion Drew Neal to build his physique for Toofan. 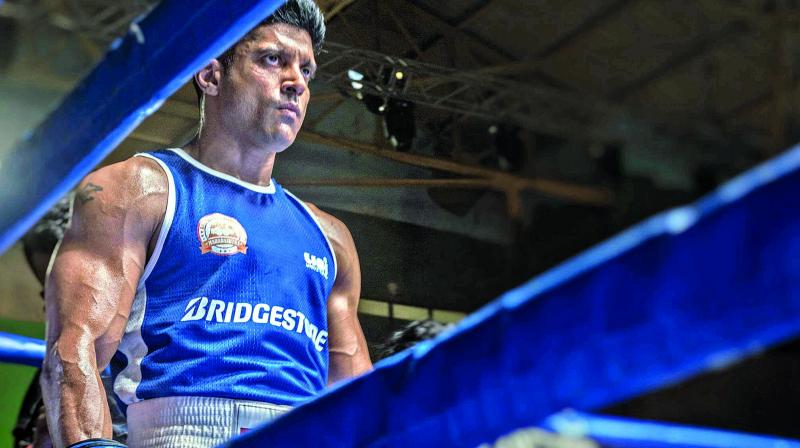 Farhan Akhtar is known to drown himself in every role, and his latest film Toofan is no different. The actor has been tirelessly working on his fitness for the Rakeysh Omprakash Mehra directorial, in which he plays a boxer. The man behind Farhan’s physique, however, is kickboxing champion Drew Neal, who laid out a meticulous training plan for him.

“We had to create a number of different looks for him — fit, fat, muscular — which all had their own challenges. But with Farhan’s work ethic and implemented strategies, we managed each one. Farhan’s nutrition was carefully planned and every gram and calorie counted throughout each process, not to mention daily training sessions of up to four hours in the gym or the boxing ring. Farhan trained and ate like a professional boxer. Because of this, he became a boxer, and not an actor playing the role,” reveals the trainer, who has also worked with other celebrities like Kareena Kapoor Khan and Salman Khan.

Farhan recently shared a snapshot of his look in the film, which has driven fans wild. Dripping in sweat and excellence, his physique is beyond compare.

Other than his fitness, the film will also showcase Farhan’s acting chops, as Mehra revealed to us in a past interaction. “Actually the story of Toofan is not a sports drama, it is a heartfelt love story that is based in Mumbai. But is in the background of boxing,” he had said.