The proud papa reveals that his daughter is already on the job outside of Sab Kushal Mangal. 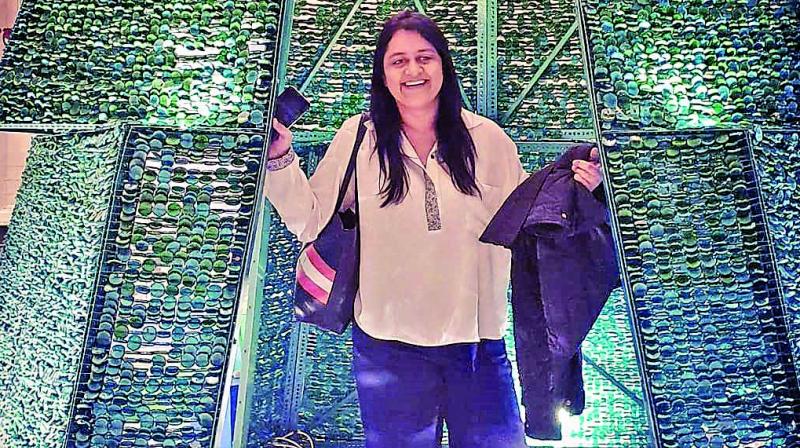 In the age of star kids choosing to be actors, ace producer Nitin Manmohan is all set to help his daughter Prachi enter the production space with Sab Kushal Mangal. However, the producer reveals that his help comes at a price.

“I told her that frankly, times have changed. Films that are running at the box office successfully are all youth-centric, and they have to cater to the multiplex audiences. So, I instructed Prachi, who has that laid back attitude, to buckle up her shoes first. After she proves her worth to me, I shall help her further,” he says.

Having produced some legendary films like Shool, Dus and Bol Radha Bol, Manmohan muses that his connections can be of great help to Prachi. “Getting stars and corporate will not be difficult because I share a good rapport with all of them. Also, I shall make her visiting card only if I find her capable enough to work with stars. Unless she proves her talent, the visiting card will be like a worthless bauble. I see the light ahead that my daughter can take my production house (One Up Entertainment) in the right direction,” he says, adding that Prachi has changed considerably since taking on the film.

“Surprisingly, she has really changed now — she is the one who gets up early in the morning and has completed this film — Sab Kushal Mangal — just in one schedule, which is a herculean task. I am happy that being a female producer, she has learned all the nuances of filmmaking. I am sure the way this film has been shot and completed successfully, the audiences will enjoy it,” he smiles.

The proud papa reveals that his daughter is already on the job outside of Sab Kushal Mangal. He shares: “Right now, Prachi is ready with a lovely script about a policeman and a police dog. The title of the film is Singh and Siren, which has been registered (with the IMPPA). The film will be directed by Bappaditya Roy, a wonderful director who has the credit of making about 250 commercials.”

As for his own future projects, Manmohan reveals that a sequel to Deewangee is in the works, among other projects. “We are planning Deewangee; the character of Ajay (Devgn) was the highlight in the film. A sequel is on the cards. Dus also has repeat value,” he concludes.