How true to character are biopics?

Whitewashing character flaws of protagonists under the garb of cinematic liberty seems to be pretty much routine in Bollywood biopics. 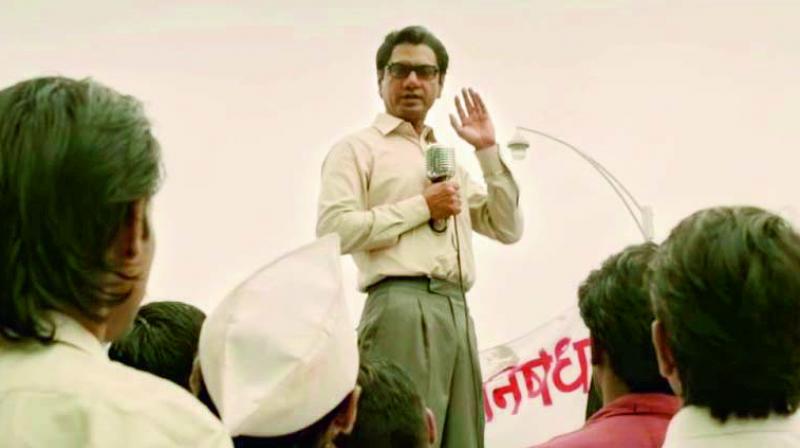 Some of Bal Thackeray’s speeches led to violence in Mumbai. However, the trailer shows him as a people’s leader who fought for their rights.

Biographical picture or biopics have become Bollywood’s favourite genre lately. From politicians to sport stars and movie actors to gangsters, Bollywood has produced an overwhelming number of biopics in the past couple of years. However, with so many stories being told, one wonders how many of them are really authentic.

The recently released trailer of the movie Thackeray seems to glorify the sectarian views of the late Shiv Sena supremo Bal Thackeray.

In his many speeches and columns in the Sena publication Marmik, Thackeray, who started out as a cartoonist and later became a politician, expressed his stance on the South Indian community. In fact, some of his speeches also led to violence in Mumbai. However, the trailer shows Balasaheb as a people’s leader who fought for their rights. The movie seems like an attempt to idolise a man who played a major role in the 1992-93 communal bloodshed in Mumbai.

“Balasaheb Thackeray was the leader of the local Maharashtrian people. His stand, however, is almost that of an extremist. Now, if a movie is being made on him by the Shiv Sena, let us not expect that everything shown in the movie will be the truth. They are going to show us what they think of their leader,” explains film historian S.M.M. Ausaja.

Believing that there is always an agenda to a movie, he adds. “There are only a few biopics in Bollywood which have been really good. We don’t see many closer-to-truth tales because the narratives are generally one-sided.”

In the same vein, film director and producer Vikram Bhatt adds, “Filmmakers can take the stand that they wish to take on the topic. What you might feel is faulty, I might find inspiring, and so my movie will convey what I feel. However, if there is something in the film that can hurt people’s sentiments, the censor board will cut out those scenes from the movie.”

This is not the first time that a Bollywood biopic is customised to suit the makers’ vision. One of the biggest hits of last year, Sanju, too, felt like a multi-crore PR gimmick to whitewash Sanjay Dutt’s life. The Ranbir Kapoor-starrer wove a narrative that was clearly sympathetic towards Dutt. It painted Dutt as the victim and not the convict he was under the Arms Act in the 1993 Mumbai blasts case.

Apoorva Lakhia’s Haseena Parkar, starring Shraddha Kapoor, is another such movie. Although the film tanked at box office, the underlying sympathetic tone of the movie tried to make the audience believe that Haseena turned to a life of crime because the Mumbai police mistreated her.

While one might argue that directors can take the creative liberties, the big question is where do filmmakers draw the line. Talking about what went into making the Tollywood biopic on actress Savitri, the director of Mahanati, Nag Ashwin says, “I don’t know whether ‘glorifying’ is the right word to use, but as a filmmaker we could take a few cinematic liberties. Our biopic was a celebration of Savitri’s life as an actor, and we’ve tried to be honest.”

S.M.M. Ausaja, however, feels that a movie is not always made according to the director’s vision. “We say that the director is the captain of the ship. But, the producer is the owner of that ship. If the producers of a film are aligned to the subject, then the movie’s narrative will also be inclined towards the subject. Another thing to look at here is that if the movie is not showing the good side of the person, then it would get very difficult for the movie-makers to get the required permission from the family of their film’s subject,” he concludes.