Entertainment   Bollywood  03 Jan 2019  ‘Bringing your family together is the best feeling’
Entertainment, Bollywood

‘Bringing your family together is the best feeling’

Sara Ali Khan speaks to us about her early success, family ties and the road ahead. 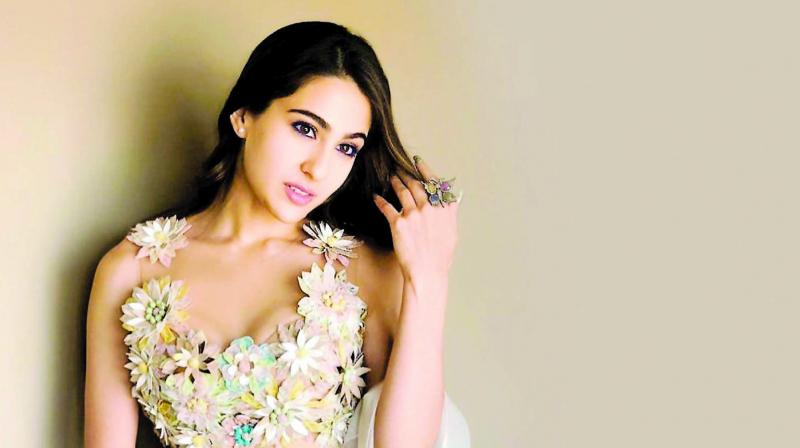 Sara Ali Khan has firmly based her feet in Bollywood with two back-to-back film releases. Many may credit these feats to nepotism or even call it beginners luck, but Sara openly admits to having certain privileges that rocket launched her into Bollywood. It is this unabashed acceptance of her life and all that surrounds it, makes one believe that she is cut out of a different mould. Her acting skills have the audiences’ approval though she feels she still has a long way to go, with a lot more to prove. She says, “I will keep proving till I get my best shot. The only thing I needed was to see myself on screen first. I understand that the opinions of my parents, friends, seniors, and audiences matter a lot.  I may be at the risk of sounding arrogant, but honestly, I was waiting to watch the film for myself.  And having done that, I am convinced. Seeing the appreciation, I feel a duty now. I feel that if somebody loves your work, it comes with a certain duty attached to it.   I will work hard and try to prove myself with every film; I’ll do that for the rest of my life,” she says.

Post a streak of two well-accepted films, celebrations are in order for Sara, but she quips saying she has no time to celebrate.  But she did raise a toast to herself with some popcorn in the theatre. “There's nothing better than celebrating with people who make you what you are.  I went incognito to watch Kedarnath and had some popcorn – that was the celebration. I went to PVR and Gaiety also.  I may sound like a sadist, but when people were crying in the climax, it was a big affirmation for me.  I feel that when a film moves you, your family and the audience, it’s the most beautiful thing. I have been moved multiple times. I feel we, as a team are successful. My mom cried when I went with her in a burka to the theatre.”

The 25-year-old doesn’t feel the burden of being a star kid. She is self-confident to not look for acceptance from others but is well aware of the fact that she needs to keep working hard. “Your battles keep changing as there are new challenges. Now the challenge is not searching for acceptance. I have done Kedarnath and Simmba and I’ve worked hard, done my best and also received 80 percent of praise. 20 percent is good karma and they know I am a sweet person and they will not write me off. (laughs) Now everybody has liked me and I know it's valid till Friday, maybe another Friday, but working hard should never change.” The 25-year-old says modestly that it is too early to be called a star and she  may not have a single fan yet. To rake in stardom, one needs to have a time-tested body of work and Sara knows better than to let success reach her head. She says, “I don't feel like a star at all.  Nothing has changed. I wake up and go to work. Everything is the same for me.  I don't think about stardom.

For a newcomer, maneuvering different genres and films in Bollywood can be perplexing, but Sara wants to challenge herself as an actor and wants directors to give her a chance.  She says, “I would like all the filmmakers to feel that Sara is a versatile actor. Sara is not out of reach at all. Be it then Sara may have to do a Ganga duppki in Kedarnath or a commercial item number,’ Ankh mare in Simmba!,” she jokes.

Now that she has arrived and is here to stay, brand endorsements will soon come knocking at her door. Ask her about her opinion on celebrity endorsements, she explains, “ Frankly speaking even before my film arrived, people had started liking me and built up a rapport with me. They all know I am a genuine person. But this could work against me. I need people to understand that now that I am a public figure, I do not wear makeup unless I have to be in front of the cameras. But that does not mean I will not endorse certain makeup product,” she smiles. “I may not endorse chips, but any other commercials which I feel can be endorsed, I will do so. After all, one needs to go on a holiday too,” she jests.

Her mom has been the guiding light in her life and even accompanies her to film narrations. But Sara has the last word before signing on the dotted line. Her resemblance to a young Amrita Singh has been talked about multiple times, but she will only really take a compliment when she can match her mothers acting skills, “I took a picture of me in purple lipstick and there was a picture of my mom thirty years ago in purple lipstick. It’s more of DNA and chance. I felt ‘wow we are doing the same thing’…. but I don’t know about acting. She is an extremely fine actor and it will take me a long time to be compared to her,” she says.

Her grandmother, the veteran actress Sharmila Tagore also dotes on her granddaughter and has said repeatedly how proud she is of her achievements. Sara has now become the binding thread between both the families, “Dadi is getting a lot of messages from people and she forwards those messages to my mom which is a big thing. It feels amazing when as an individual you can bring your family together even for a few seconds. There’s no happiness greater than this feeling,” she graciously shares.

On the work front, Sara would love to do a third film, but she has not read any scripts yet. While holidays are also not on the cards, Sara knows where she's headed for her next destination, but not without her mother. “Last holiday I went for a holiday without my mother. But this time if things work for us…I will take her along with me. This time we will go to Ajmer Sharif and we will also pay a visit to the Golden Temple.”