Entertainment   Bollywood  03 Jan 2018  Shahid Kapoor and Kriti Sanon get Nothing To Hide Award and Twitter can’t handle it
Entertainment, Bollywood 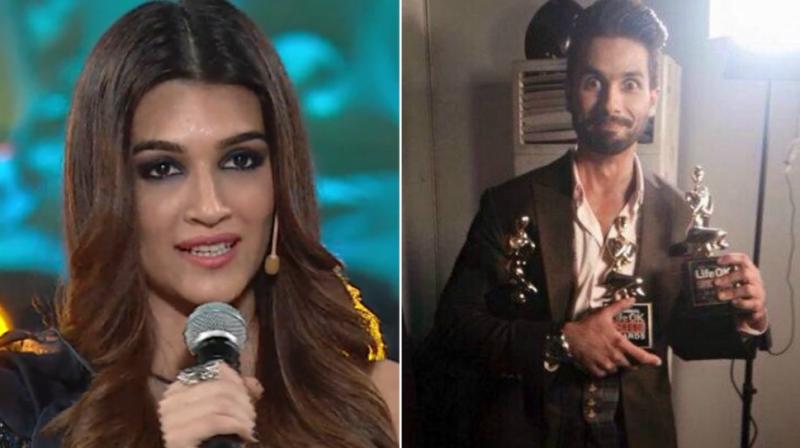 Mumbai: Award shows seem to have deteriorated their standards by each passing day. It was already known that most award shows are rigged, and now to add to another controversy, Star Screen Awards has introduced a random category which the whole world is trying to figure out yet. This award is called “Nothing To Hide” award.

Shahid Kapoor received this award for the male section, and Kriti Sanon went home with it for the female counterpart.

Twitteratis went crazy trolling the award category calling it “The Good for Nothing Award Show” and “Nothing To Hide Awards Shows Stupidity Award”.

Here are some tweets:

'Nothing To Hide' Award.

Yes, you read that right: 'Nothing To Hide' Award category.

This is why aliens always go to America and never to Mumbai when they visit Planet Earth.

So what exactly is a "Nothing to hide" award? 😂 pic.twitter.com/mUFAfqh0X7

Shahid is currently busy promoting ‘Padmavat’ and shooting for ‘Batti Gul Meter Chaalu’. Kriti on the other hand is prepping for ‘Arjun Patiala’ with Diljit Dosanjh.