All of them urged that the criminals should be punished and not the victims. 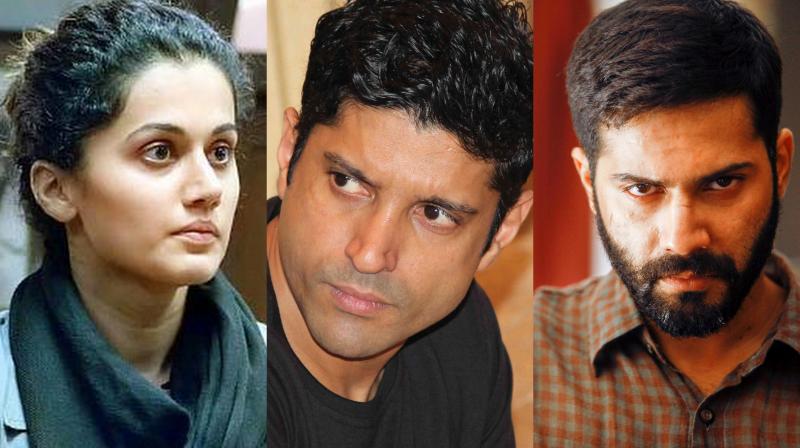 "Argggh how this angers me.Sir punish the criminals not the victims. Women can wear what they want it's their choice," the actor tweeted.

Actress Taapsee Pannu, who starred in the immensely successful 'Pink,' which spoke about molestation and general patriarchy and misogyny in the country, also slammed the politician's regressive comments.

"I wish we had invited him for a special screening of #Pink or let me buy a ticket for him to see," she tweeted.

Farhan Akhtar, who's also known to not mince his words, took to Twitter to make his displeasure evident.

"In these modern times, the more women are naked, the more fashionable, modern and educated they are considered. And this is increasing in the country. This is a blot on our culture," Abu Azmi had said, according to a report in NDTV.

He went on to compare women with petrol and sugar, and said that the Indian culture does not allow women to party at night with men other than husband or brother.

"It is not right for my sister or daughter to go for New Year parties with another man at night, when her brother or husband is not with her," Azmi said.

“If there is petrol, there will be fire. Where there is sugar, there are ants,” he added.

Drunken hooligans posing as revellers ran riot at Bengaluru's MG Road and Brigade Road, molesting and harassing women who had assembled to usher in the New Year.