Started getting offers for sex comedies after 'Badlapur': Radhika Apte

Radhika said she has been rejecting 'so much work' she doesn't know if it's good for her career. 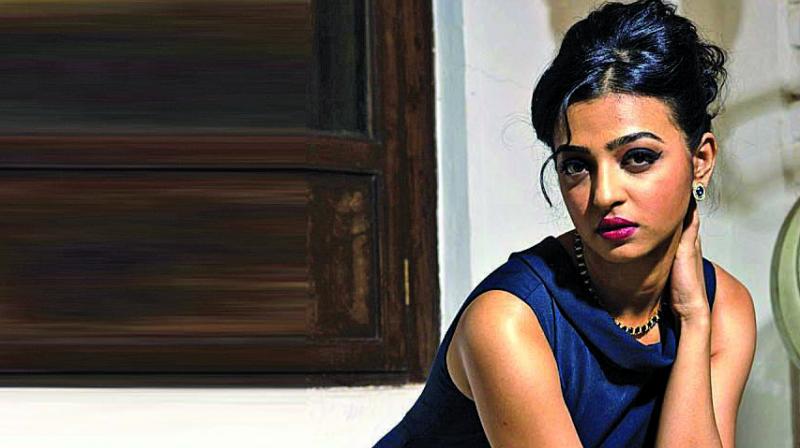 Mumbai: Actor Radhika Apte says she avoids doing projects if she does not agree with the perspective of the movie or the filmmaker. Radhika also spoke about how actors are slotted randomly and sometimes disturbingly.

She revealed that she started getting offers for sex comedies after a scene in  "Badlapur" showed her being forced to strip by a man who is about to kill her. Apte said people assumed that she played a "seductress" in the movie.

The actor said she wouldn't feature in franchise comedy films, sex comedies or any art which doesn't subscribe to her world view. "You'd be surprised, I was offered one when I did 'Badlapur' where I stripped because this man wants to rape and kill me but because of that, I started getting sex comedies.

"Because I stripped and I had done a short film, 'Ahalya', they said 'you are constantly playing the role of a seductress.' I said can you tell me where? They said 'Ahalya', 'Badlapur'. I said there is a huge problem. I would not do any of those things," Radhika said while speaking at 'We The Women' curated by Barkha Dutt.

Radhika said she has been rejecting "so much work" she doesn't know if it's good for her career. "I feel people, in the name of 'progressive', write anything. Hating men is not being progressive, for example. It's a storytelling medium, but as a director, writer, you are interpreting something. Your interpretation, perspective is the most important thing for me.

"I can play a male chauvinist, but as a perspective, what do you show is most important. If I disagree with the perspective, interpretation of the maker, then I don't do the film."

Giving an example of a film she turned down, the "Sacred Games" star said there was a project about a woman taking revenge. "Where they have justified that the heinous rapes and everything that's happening, that's exactly what we need to do to people who do it to women and the woman becomes exactly like them to do that. I said but there has to be something else happening at the end. "Something more to it but they were like the woman is the man. I said the woman doesn't want to be the man!"

The actor sai,d, "quite a lot of" films disturb her as a woman, including the "so-called celebrated" ones. "Because they say 'oh they are about women, we are talking about equality.' I don't think they are, on many occasions. I don't find myself in agreement with a lot of people, that doesn't make it right, wrong, good or bad."

When asked if it is isolating, Radhika said it is and it makes her wonder if she's a bitter, cynical person or "am I not getting something?" "What happens is, dissatisfaction keeps building. As an actoryes there's fame and successbut it's an individual journey. As a person, I want to grow. But you'll only grow when you have certain challenges or if explore certain aspects that make you grow.

"But if the films we make are just convenient and compromised by and large, though there are few films which are pathbreaking, then how will we grow?" she added.