The actor signed off her statement with a cheeky remark, setting the record straight by highlighting that she drinks coffee. 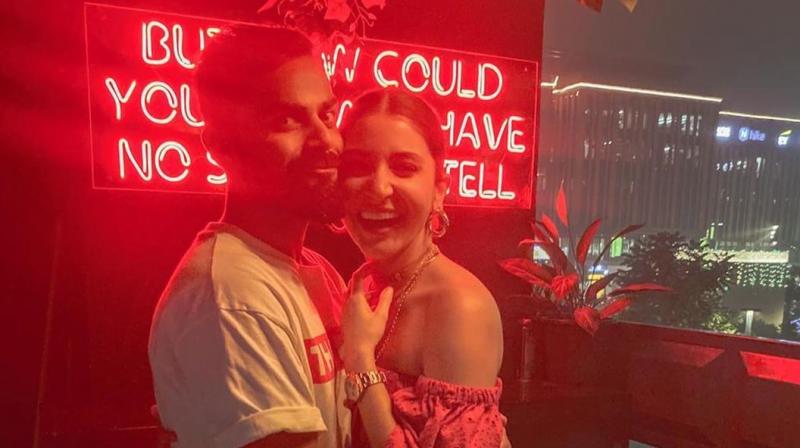 New Delhi: Anushka Sharma shared a few lovely-dovey pictures with husband and cricketer Virat Kohli on Instagram, a day after she hit back at trolls accusing her of receiving preferential treatment from the Indian cricket team selection committee team.

"There is a light that never goes out," the 31-year-old actor wrote alongside the snaps which depict the couple in each other's arms. She is seen in a red off-shoulder top with light blue denim while Virat Kohli donned a white tee paired with black pants.

There is a light that never goes out ♥️

The actor on Thursday shut down media reports which claimed that members of the Indian cricket team selection committee fetched cups of tea for her during ICC World Cup 2019.

"I have always been of the opinion that maintaining silence on false and fabricated news and stories against one is the best way to deal with your detractors. This is how I have handled my career for 11 years now. I always saw the dignity and truth embedded in the shadow of my silence," she said.

The actor signed off her statement with a cheeky remark, setting the record straight by highlighting that she drinks coffee. Meanwhile, on the work front, Anushka who was last seen in 'Zero' alongside Shah Rukh Khan has not announced any project till now.

Virat too has been rested for the upcoming T20I series against Bangladesh.