Rajinikanth’s 2.O will release before Kaala

While he welcomed questions on films, Rajinikanth politely refused to answer political queries. 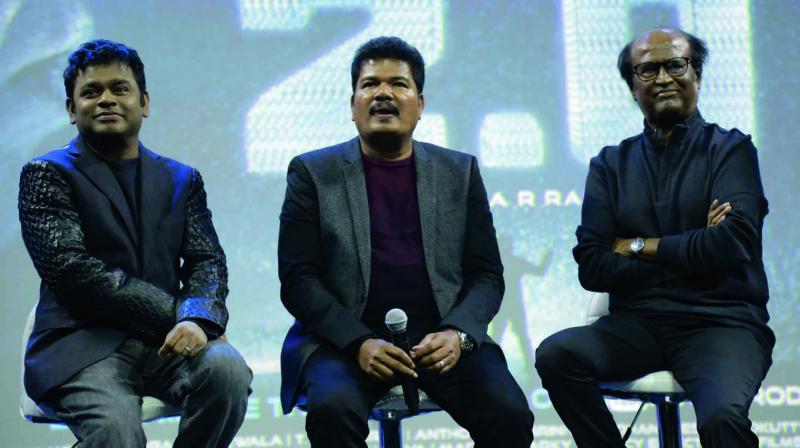 The audio of sci-fi thriller 2.O, the magnum opus of director Shankar with superstar Rajinikanth, Akshay Kumar and Amy Jackson in the lead and with A. R. Rahman’s music was recently unveiled in Dubai at a grand event. While returning from Dubai, Rajinikanth interacted with the press at the Chennai airport. Reacting to the rumour that Kaala, yet another upcoming movie of his in Ranjith’s direction will hit the screens before 2.O, the Kabali star categorically denied it saying , “2.O will be released first and later Kaala's release will happen.”

Although he was willing to answer questions pertaining to his movies, the actor politely refused to reply to any of the political queries, at a time when the entire nation is awaiting his political entry.