The producer further explains that this is the kind of film that he wanted to make for his children. 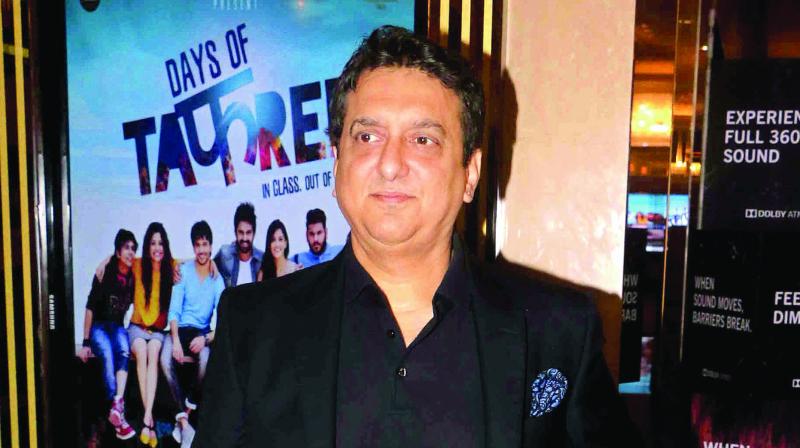 Sajid Nadiadwala, who is known for producing films like Zulm Ki Hukumat, Jeet, Kick, Baaghi, and ’83, will soon be releasing the Sushant Singh Rajput starrer Chhichhore, directed by Nitish Tiwari.

“I keep an eye on what’s happening in the industry. After I read the story of Dangal and before the film released, I called director Nitish Tiwari asking him if he had any good script. He told me to wait for some time. So we had three-four sittings, and this film, Chhichhore, came to him. The film did not have superstars, but I felt that this is the script that needs to be told. I also felt that the director is good so I need to go ahead with the script. I went through sleepless nights for a few days while thinking about it, and today I can proudly say this is the finest film in my entire 30 years journey,” he says.

The producer further explains that this is the kind of film that he wanted to make for his children. “We never tell our kids how to handle success, we never teach them what to do during times of failure. Someone should tell them to mellow down while they experience success so that they may have a long successful stint. This is the right film for my kids. I decided to make this film to give them a gift at this age. And they need to make filmmaking the Bible after watching the film,” he shares.

Switching gears to his upcoming projects, Sajid says that he has eight projects in the works. “We have four films releasing in 2020, and then another four films the next year, and so on. So we are fully booked for 2020/2021 with a maximum of four films a year,” he reveals. Nevertheless, he tries to keep some festival dates open for other releases. “There are just three or four festivals: Diwali, Eid and Christmas. Festive seasons are good for releases, but we have to leave some festival dates for other producers to release their films as well. We cannot take away all the holiday releases,” Sajid says.

Meanwhile, he also clarified rumours surrounding the Salman Khan starrer, Kick 2’s Eid 2020 release. “I am just penning the script of Kick 2, which will not release this Eid. It will take me some time to complete the dialogues and the screenplay. I will soon be announcing a film that I am planning to direct. You guys need to wait and watch,” he concludes with a smile.