Entertainment   Bollywood  02 Sep 2017  Why is Hrithik hiding? When he had to send notice, where was his dignity then: Kangana
Entertainment, Bollywood

Why is Hrithik hiding? When he had to send notice, where was his dignity then: Kangana

She says she wants to have a conversation with him and ask him why he is telling the world he doesn’t know her. 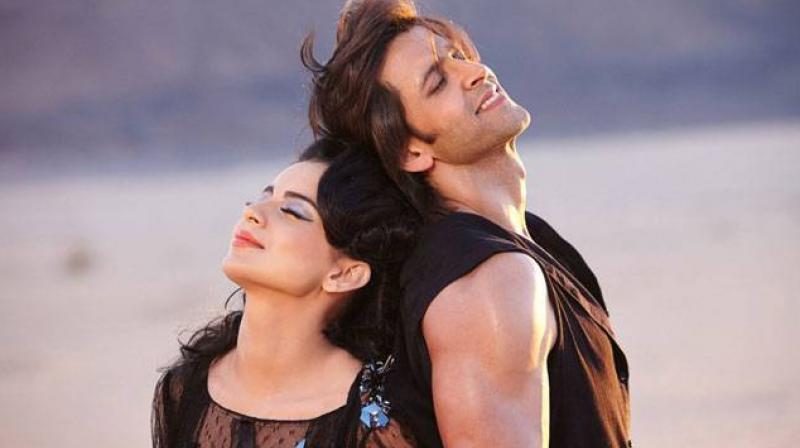 Kangana Ranaut and Hrithik Roshan in a still from 'Krrish 3.'

Mumbai: Kangana Ranaut has proved time and again that she is one of the most outspoken personalities in Bollywood.

After a lull for a substantial amount of time, the actress has brought her controversy with Hrithik Roshan back in the limelight.

While Kangana always referred to the row in hints or by taking digs, she has now chosen to open up like never before in her recent interviews, with her film ‘Simran’ set to release on September 15.

After demanding an apology on Rajat Sharma’s ‘Aap Ki Adaalat’ for the humiliation she faced due to the controversy, the actress has opened up again on film critic Rajeev Masand’s ‘Now Showing.’

The pair has not been seen together on one platform since the controversy erupted and Kangana says, “He runs away when he sees me. When our break up happened in 2014, after that for one year he was harassing me and stalking me. I told his father (Rakesh Roshan). I complained to his father that his son is harassing me, stalking me, has hacked my account and he is not letting me get into another relationship. His father said that he will arrange for a meeting for both of us. Since then, I am hoping to get a meeting with them.”

She adds, “I want to have a conversation with him. I want to ask him why he is telling the world he doesn’t know me. But he is not meeting me. So I can hold my head high and walk where I want to. Why is he hiding? He is not even talking about this issue. When he had to sent the notice, where was his dignity then?”

“If you care so much about your family life, your image and your children, then don’t have affairs,” the actress was reported to have said.

For the uninitiated, Hrithik and  Kangana have been involved in a bitter feud since the start of 2016. Kangana referring to Hrithik as ‘silly ex’ led to the latter, who has denied they were ever a couple, sending her a legal notice demanding an apology, and even accusing her of suffering from Asperger’s Syndrome.

Kangana, who has claimed they were dating, didn’t hold back and responded to the legal notice where she refused to apologise and said she was not some ‘dim-witted teenager’.

This was followed by leak of several mushy emails sent from Kangana’s id to Hrithik. While Hrithik denied it was his email id, the actress claims it was he was the one who hacked into her email account and wrote the mails.

Reports of Hrithik proposing marriage to Kangana in Paris, and Hrithik’s ex-wife Sussanne coming to his rescue when an 'intimate' picture of the ‘Krissh 3’ actors went viral, were some other incidents related to the row that made headlines.