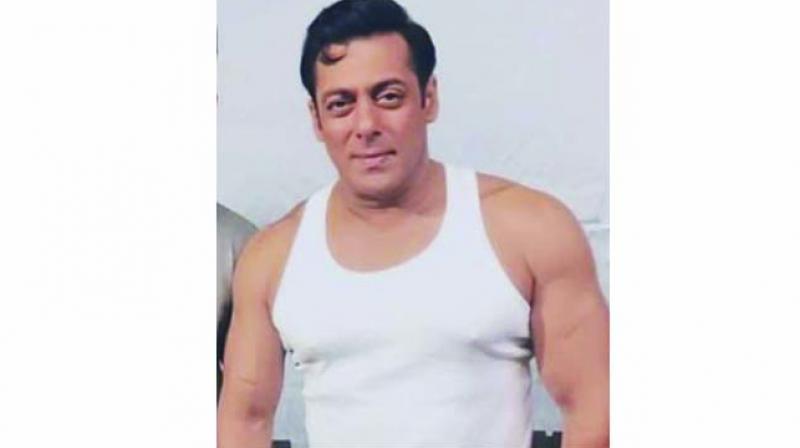 The seventies are swinging back in a number of upcoming Bollywood films, and some of our leading men are sporting those much loved hairdos from that era.

The Seventies had some iconic hairdos that captured the imagination of Bollywood fans for a long time and a few of those styles are back in the limelight as several leading men of Bollywood are sporting them in some much awaited upcoming movies. Salman Khan’s look in his upcoming movie Bharat recently went viral. Akshay Kumar has gone retro for Gold, Saif Ali Khan for Baazar.  The retro wave is cyclical and timeless, and the styles are in a whole different league of old world glamour, say hairstylists and make-up artists.

“There was an edge to every style that was trending in 70s. These were so hip, that even today they can boost your glam quotient. These sleek and straight hairstyles became an instant hit. Big hair became a big trend during this decade and continued to weave its way through the social, political and cultural identity. If you are looking for some hair inspiration, ditch that magazine as all you need is a throwback to India’s starry past,” says Pushkin Bhasin, director of Masccara hair and beauty.

Aashmeen Munjaal, of Star Salon and Academy states that recent years have seen a wave of retro trends coming back in vogue, be it hairstyles, fashion or makeup. “Along with retro hairstyles, retro hair colour trends are also coming back. It is hair stylists and artists who research to reprise the magic of that classic retro look,” she says.

A die-hard fan of all styles classic, celebrity hair stylist Vikas Marwah says, “The retro look never dies. Filmstars and popular celebrities have time and again inspired the fashion, hairstyle and make-up world. The current wave of hair trends is inspired by retro hairstyles of movie stars. It is a blast from the past, and trending right,” he says.

Fashion is cyclical and returns to rule by reinventing itself. Retro waves, finger waves, retro bun, blunt cut hairstyle, short bob, are some hairdos of the golden era of Bollywood and Hollywood. “The current trend is that of the 70’s Bollywood look. These voluminous hairstyles look very royal and elegant. My personal choice though is a sleek hairstyle which stands out in parties, movie shootings and photo shoots,” says Mayank Narang, freelance hair stylist.

On the other hand, hair stylist and make-up artist Steven Mick believes the 1970s hairstyles are making a comeback because they look as good today as they did in the past. “Slick or pompadours and loose fringes are all here again. This classic men’s hairstyle with a modern twist combines the best of the past with the latest trends,” he says.

Hairstylist Dev David agrees, “It is said that we need to learn from our past and the men have applied this to their hairstyles. A retro look gives a more mature look. Men are bored of the monotonous looks and are ready to go with the retro trends and groomed beards. Retro look is here and trust me, it’s going to be here for a long time,” he signs off.