The film also stars Rishi Kapoor and Anirudh Tanwar. It is slated to release on 31st August. 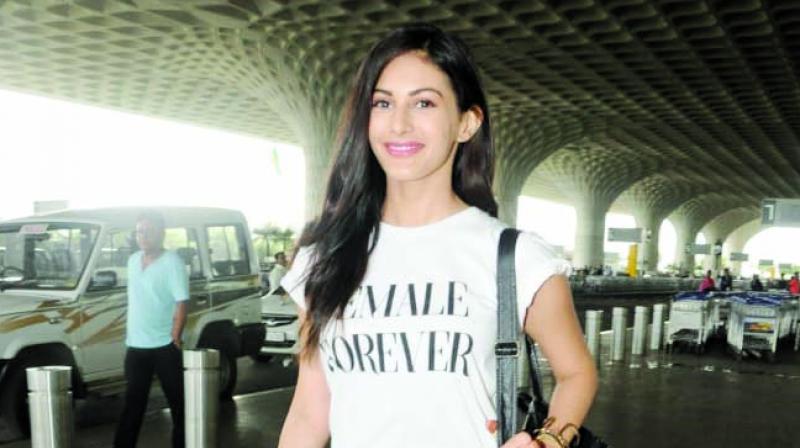 Much like the movie, which revolves around a father-son who have drifted apart and how the father uses social media to reconnect with his son, Amyra helped a friend reconnect with her family.

“One of my girlfriend shifted from Delhi in order to pursue modelling. She’s one of the top models in our country at the moment, but her parents weren’t happy with her decision. When I was shooting in Delhi, I convinced her to make me meet her family where we explained how well she’s doing and how bright her future is. They accepted her profession and now are absolutely supportive,” she smiles, adding, “Family means a lot to me as I come from a big one myself. Rajma Chawal truly taught me the meaning of acceptance and the dire importance of family.”

The film also stars Rishi Kapoor and Anirudh Tanwar. It is slated to release on 31st August.